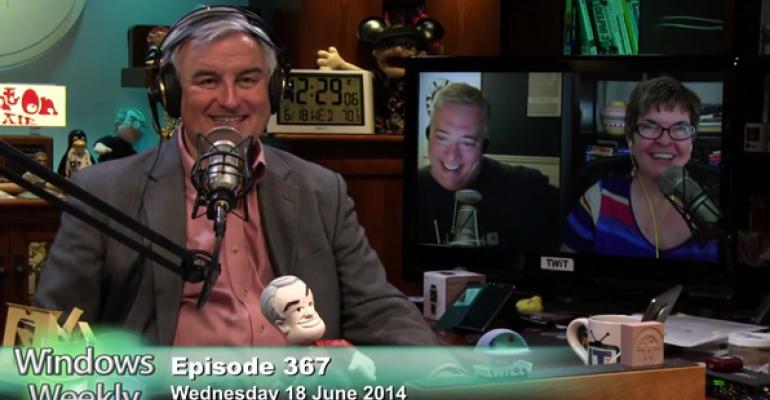 The one where we rue Amazon's Fire Phone

In the latest episode of Windows Weekly, Leo Laporte, Mary Jo Foley and I discuss how Amazon's new Fire Phone compares to the coming 3D features in Windows Phone, Microsoft's Android patents are revealed, machine learning as a service, Surface Pro 3 is heading out to customers but no firmware update in sight, and some Xbox One news.

1. IE Developer Channel - nothing at all like the Chrome developer channel. Cough. But still a good idea.

3. Skype for iPhone, now with a Windows Phone look and feel.

Enterprise pick of the week: Have input on Azure Pack

Codename pick of the week: Catapult

The Bing team is looking to a new FPGA architecture to speed up and improve efficiency of search results. The hardware/software fabric behind this is codenamed Catapult.

This beer, in spite of the name, is not from Colorado. It's from Brazil! And it's quite malty, so not a West Coast style DIPA at all. http://www.beeradvocate.com/beer/profile/10729/78736