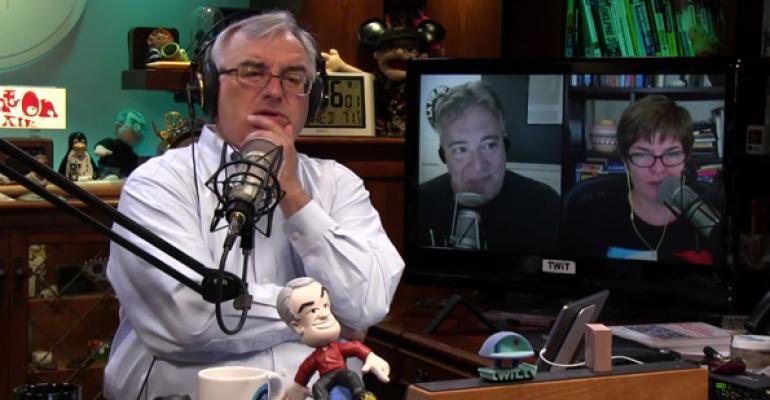 Windows Weekly 366: An Explosion of Stupidity

The one with a lot of software picks

Tip of the week: Learn how to access the firmware on your Surface

I did this with Surface Pro 3, but I believe it works with all Surface devices.

Software pick of the week: OneNote Clipper for Chrome

Microsoft makes OneNote Clipper available as an extension for Chrome. Some comments about why it saving a web page as a graphic isn't completely terrible.

Plus: Facebook Messenger updated for Windows Phone - and a coming update to Skype for iPhone looks awfully familiar

Plus: Richard Abelow reminded me that a number of Disney games are temporarily free on Windows 8.x Windows Phone (and some are normally $5): Disney Solitaire, Where's My Water?, Where's My Perry?, Where's My Mickey?, Wreck-It Ralph, Toy Story: Smash It, Monsters University and WMW? XYY

Plus: OWA for Android (Pre-release)

Enterprise pick of the week: Docker on Azure

Yes, you can run the open-source Docker container model on Windows Azure.

Since we talked lots of game stuff today, why not talk about Orleans, the cloud programming model that the Halo team is using. It went into public preview in April: http://blogs.msdn.com/b/msarchitecture/archive/2014/06/09/using-codename-orleans-in-enterprise-applications.aspx

Proof that not all IPAs are (or should be) hop bombs. This one is aged in oak and very drinkable: http://greatdivide.com/beer/seasonal/rumble-ipa/