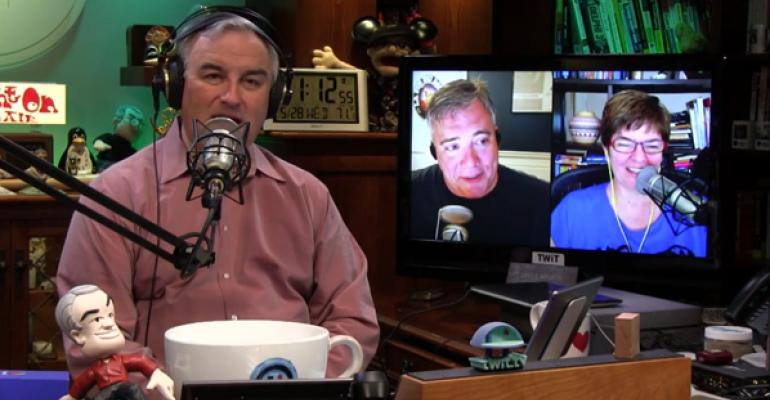 The one where we parse Satya Nadella' recent appearance

In the latest episode of Windows Weekly, Leo Laporte, Mary Jo Foley and I discuss Microsoft CEO Satya Nadella's recent public appearance, why a Windows 365 service makes no sense, our week's worth of experience with Surface Pro 3, Surface mini redux, Windows 8.1 with Bing, a few changes to Office 365, and Microsoft's sort-of legal victory.

Tip of the week: Keep up to date on Surface Pro 3

My Complete Guide to Surface Pro 3 is being updated every day and includes everything I've written about Microsoft's new tablet/laptop. Have questions you wanted answered? Email me!

Software pick of the week: Machinarium for Windows 8 or Windows Phone 8

Machinarium is a wonderful and beautiful new game that is temporarily on sale for just $2.49  (normally $5) on Windows; it's $1.99 on Windows Phone. It's a puzzle/adventure game with lush graphics and neat sound effects, similar, atmospherically, to  the game Limbo. "Players take on the role of a robot who has been exiled to the scrap heap. Players must use logic, collect important items, and solve environmental puzzles to get the robot back into the city of Machinarium so he can rescue his robot-girlfriend, save the head of the city, and defeat the bad guys from the Black Cap Brotherhood."

Will integrate with Azure. They have a push notification/analytics service

Codename pick of the week: Oslo

In a reverse codename pick, we now may have the name of the product codenamed Oslo. The final name may be Delve: http://www.neowin.net/news/microsoft-files-for-delve-trademark-under-software-as-a-service

A summer ale brewed with Old Bay seasoning. Yep. And it works with seafood!