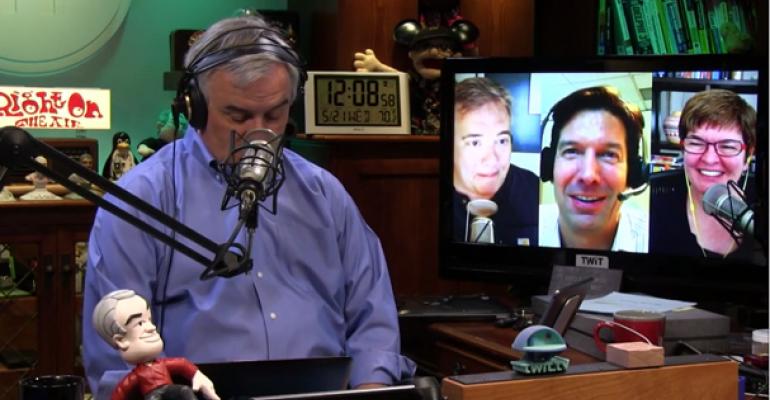 Windows Weekly 363: The Neighbor of the Beast

The one where we talk to Mark Russinovich about "Rogue Code"

In the latest episode of Windows Weekly, Leo Laporte, Mary Jo Foley and I discuss the Surface launch event and the new Surface Pro 3, what happened to Surface mini, some notes on digital inking, China bans Windows 8, and a new Microsoft/SAP partnership. Plus, special guest Mark Russinovich comes by to talk about his new book, "Rogue Code"!

Tip of the week: Pin your favorite news sources with Bing News ... For both Windows and Phone

And a meta-tip: With certain high quality but pay-walled news sources, such as New York Times and Wall Street Journal, you can sign in with your account and get full access.

Software pick of the week: Assassin's Creed Pirates Demo on the web

It's a cool little peek at the mobile game--coming soon to Windows 8 and Windows Phone 8 soon, apparently--but it's especially good if you have a touch browser like IE 11.

Plus: Wolfenstein: The New Order ships!

BizTalk Server and services get updates

Cougar, Jaguar and Panther: A blast from the Win 95 past, courtesy of Raymond Chen. (Thanks Gary K for the link!)

With chai! A nice beer from yesterday's tweetup at RattleNHum: http://www.beeradvocate.com/beer/profile/559/54913/