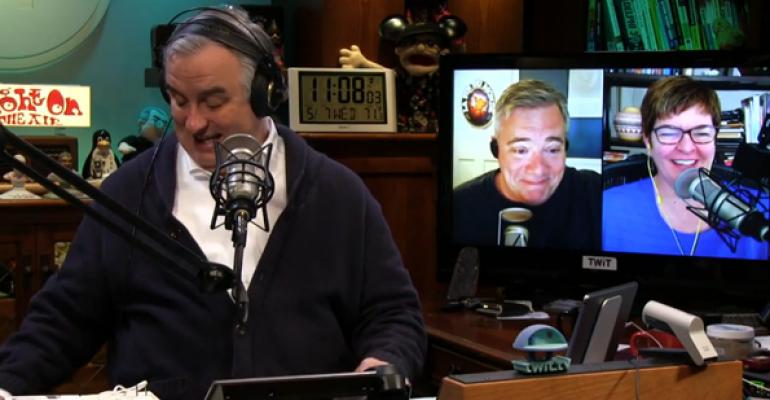 The one where we talk about the coming Surface mini launch

In the latest episode of Windows Weekly, Leo Laporte, Mary Jo Foley and I discuss the coming May 20 Surface mini launch and rumors of a second Surface device, Intel gets its higher-end chips into Chromebooks, Joe B's Reddit AMA revelations, Microsoft patches IE for XP, a possible Xbox spinoff, OneDrive improvements, and a TechEd 2014 preview.

Tip of the week: Sign up for the Office Mix Preview

Office Mix transforms PowerPoint 2013 from a presentation tool into an interactive lesson tool.

Software pick of the week: Start Perfect for Windows Phone 8.1

Start Perfect ($.99) is an all-in-one Windows Phone 8.1 Start screen utility.
Thanks to Steve Pelton for the tip!

Enterprise pick of the week: MDOP 2014

Codename pick of the week: Helios

At TechEd next week, we'll hear about the future of .Net on the server: Scott Hanselman will be talking about "Project Helios" -- a new way of writing ASP.NET applications uses OWIN and plugs into IIS.

A "gateway" sour from Switzerland. Aged in whiskey, merlot and grappa barrels (!): http://www.beeradvocate.com/beer/profile/2958/30955/