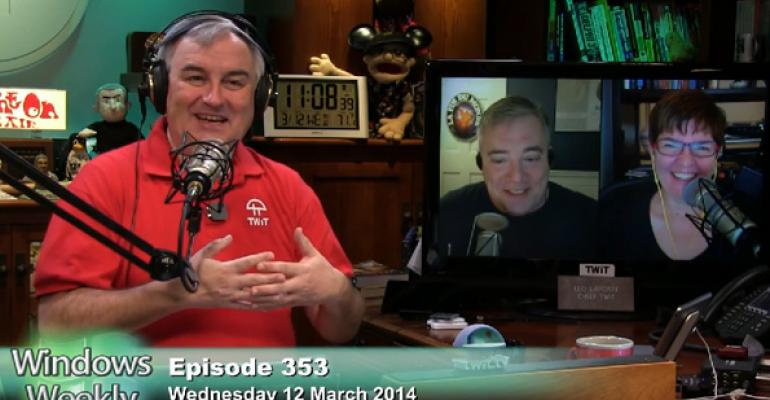 Tip of the week: When to pick platforms and when not to worry about it

If you're actually buying content like books or movies, you need to pick cafrefully. But for TV shows, periodical (magazine, newspaper) subscriptions and even music ... It just doesn't matter. So don't limit yourself. (This arose out of the discussion around 28 Days Later: Thinking About Mini-Tablets.)

Software pick of the week: Nook for Windows 8

The Nook software for Windows 8.x is vastly superior to Amazon's Kindle app, and supports a wide range of periodicals and graphic novels. Plus: It works with PDF and ePub files too! The downside? There's no Windows Phone version.

It's not just Windows XP that is no longer supported by MS on April 8. The same is true of Exchange 2003. MS has published migration resources to help those who need to move: https://blogs.technet.com/b/exchange/archive/2014/03/10/exchange-2003-migration-toolkit.aspx

Codename pick of the week: Helios

Microsoft has a couple of projects codenamed Helios. There's the OS one from MS Research, and there's the newer one involving the rethinking of the core of ASP.Net. The latter will be a topic at TechEd in May. http://www.hanselman.com/blog/BuildingModernWebAppsWithASPNETANewDayOfFreeASPNETTrainingFor2014.aspx

Beer pick of the week: Stone Go To IPA

A sessionable Stone? Yep... only 4.5% but still nicely hopped: http://www.stonebrewing.com/gotoipa/