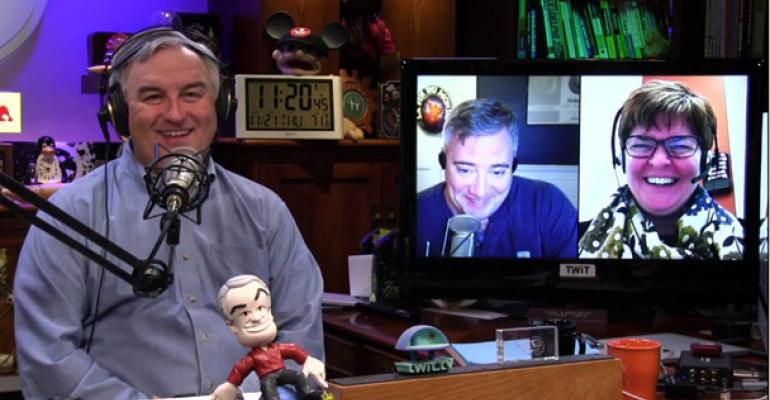 The one where Leo and I try to get in some video game talk before Mary Jo shows up :)

In the latest episode of Windows Weekly, Leo Laporte, Mary Jo Foley and I discuss the PlayStation 4 and Xbox One, a new Microsoft-themed video from South Park, the Nokia Lumia 2520 tablet and Lumia 1520 phablet, an amazing week for Windows Phone apps, the delay of live game broadcasting on Xbox One, and the Bingification of apps.

Tip of the week: Get your Scroogled gear!!

Microsoft is selling awesome Scroogled mugs, hats, t-shirts and other products for your holiday needs.

Office Remote lets you tie your Windows Phone handset to a Bluetooth-powered PC and interact with Office documents in new ways. You might consider Office Remote as a productivity-focused take on Xbox SmartGlass, and Microsoft is interested to see how users would like it to evolve going forward.

Plus: New SkyDrive app for iOS

Enterprise pick of the week: Hyper-V!!

As you're playing Xbox One, don't forget: This is all brought to you by Hyper-V. The Xbox One OS includes Hyper-V to host and switch between partitions/VMs

Microsoft blast from the past: What was Microsoft's first hardware product?

On the eve of the Xbox One launch, our question of the week is what was MSFT's first hardware product. Guesses, anyone? http://apple2info.net/index.php?title=Microsoft_SoftCard

Paul: I actually knew this :)

In honor of all the "red" devices I've been testing this week: http://beeradvocate.com/beer/profile/28/97721