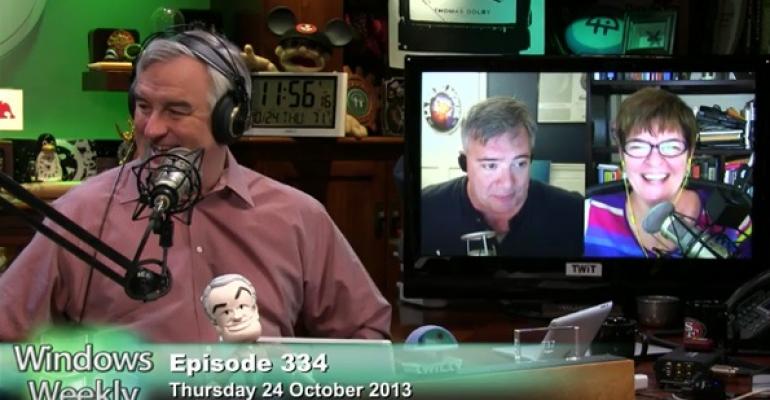 In the latest episode of the Windows Weekly podcast, Leo Laporte, Mary Jo Foley and I discuss the Surface 2 launch, the products announced at Nokia World, the week in Windows 8.1 updates, new apps coming to Windows Phone, why Apple's "free" apps aren't so free and why Office is the much better value, and Frank Shaw's timely dressing down of the Apple-compliant tech press.

Software tip of the week: Use Microsoft's Authenticator App to Protect Multiple Accounts

Two ways to back up your data to Azure: Azure Backup is now GA; Hyper-V Recovery Manager in preview

Rumor of the week: MS Glass