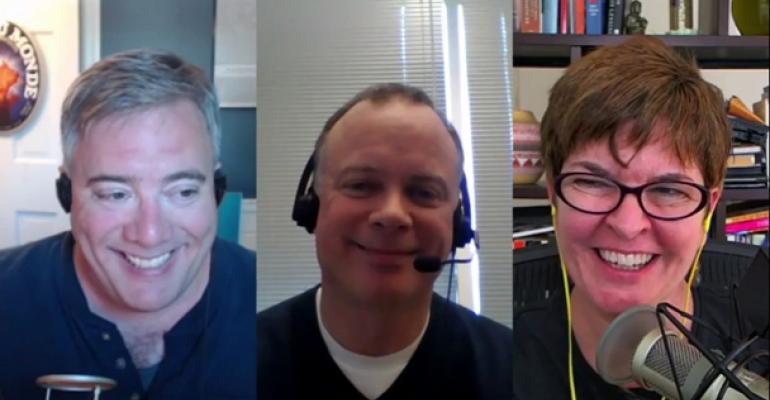 The one where we talk about the Windows 8.1 launch and interview Greg Sullivan about Windows Phone 8 Update 3

In the latest episode of the Windows Weekly podcast, Leo Laporte, Mary Jo Foley and I discuss the Windows 8.1 launch, the other Microsoft products that also launched, what happens after Windows 8.1, and Windows Phone 8 Update 3. Plus, a special interview with Microsoft's Greg Sullivan!

Microsoft says you have to upgrade from Windows 8 to 8.1 from the web. But if you previously purchased Windows 8, or purchased Windows 8.1 electronically, you can use your product key to make install media and do a clean install. Here's the secret page.

The long-awaited Facebook app for Windows has finally arrived. And though it's only available to Windows 8.1 users and lacks a few obvious features—including a rich, photo-filled live tile and lock screen integration—it's a welcome addition, given the popularity of the service. And if you're familiar with the mobile app versions of Facebook, this app will make you feel right at home.

Software pick of the week: Microsoft Remote Desktop for iPhone, iPad and iPod touch and Android

There's a new CTP out of the next version of SQL Server, with in-memory database capabilities (Hekaton)

Codename pick of the week: Black

Bittersweet Shimmer was the codename for another codename. That codename is/was Black... Wonder what Nokia's next color will be?

Beer pick of the week: A gluten-free beer that is still decent: Celia Saison

You could just drink cider. Or wine. But if you want a beer and are gluten-intolerant, here's a good choice.

Audible pick of the week: The Everything Store: Jeff Bezos and the Age of Amazon

The Everything Store: Jeff Bezos and the Age of Amazon by Brad Stone, narrated by Pete Larkin