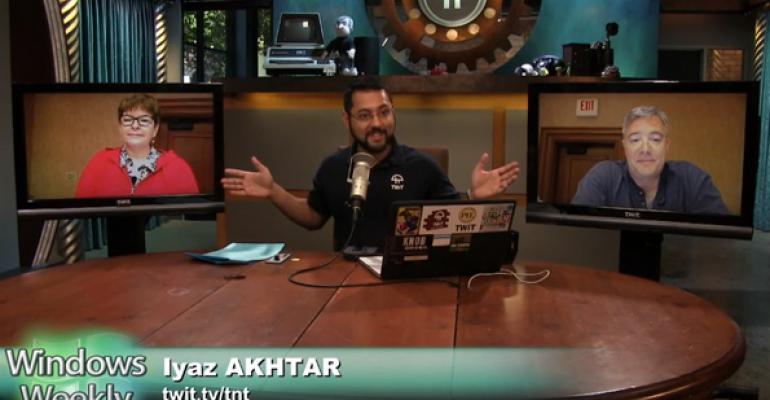 Windows Weekly 331: Sewage as a Service

Live from Connections in Las Vegas

In the latest episode of the Windows Weekly podcast, Mary Jo Foley and I are in Las Vegas and we discuss a ton of topics with Iyaz Akhtar, including investors calling for Bill Gates to step down from Microsoft board, rethinking Ray Ozzie, plans for a single app store for Windows and Windows Phone, various leaks from Microsoft's annual meeting, more Surface news, Windows Phone sales surge in Europe, another Microsoft-trade-in promotion, Visual Studio 2013, and the future of IT.

Tip of the week: Pick up my books in ePub/MOBI formats and help Rafael and I complete the next book

Software pick of the week: Hover for web

An incredible new version of the classic Windows 95 game is now available for free online.

Enterprise pick of the week: RyuJIT

Calling all .Net fans: Microsoft has built a new JIT compiler. The preview of it is out this week.

Codename pick of the week: Rio

MS showed off a cloud-gaming service demo at its company meeting last week. Codename is Rio.

Audible pick of the week: Doctor Sleep by Stephen King