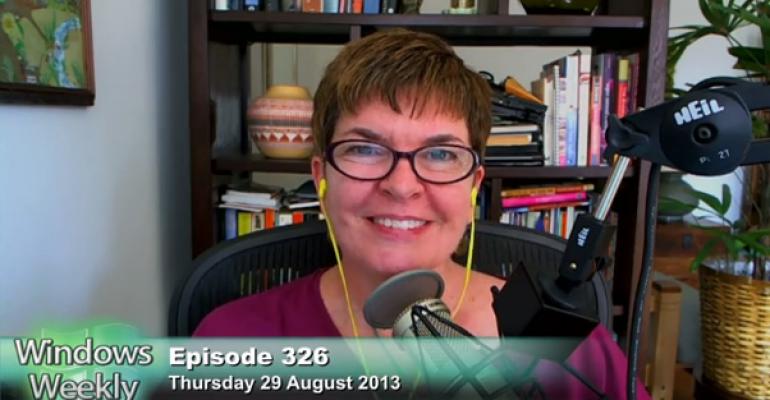 In the latest episode of the Windows Weekly podcast, Leo Laporte, Mary Jo Foley and I discuss Steve Ballmer's retirement announcement, the RTM of Windows 8.1 and Windows Server 2012 R2, rumors about new Nokia and Surface tablets, whether Microsoft should break itself up, Windows Phone 8 GDR2, and some SkyDrive news.

Software pick of the week: MyWeek for Windows Phone 8

Cool new utility puts your weekly schedule on the lock screen, $1.49. Thanks to Thom Edwards for the tip.

Software tip of the week: Use a Windows Phone handset as a cheap MP3 player

Lumia 520 ($99) + 64 GB Micro-SD card ($60) = less than half the price of a 64 GB iPod touch. You get access to numerous music services, on-board podcasts, video services, Audible, Kindle, tons of Xbox LIVE and other games and free GPS that works just fine without a cellular or data connection. It's the best deal in tech.

For all those who've been wondering what this hosting stuff really is, there's a new MS blog post explaining it well: http://blogs.technet.com/b/in_the_cloud/archive/2013/08/28/what-s-new-in-2012-r2-paas-for-the-modern-web.aspx

Codename pick of the week: Sundown

A codename blast from the past that has to do with Sun Microsystems and Dave Cutler...

(There's more to life than Le Fin du Monde. a new favorite from my recent beer tour in Toronto)