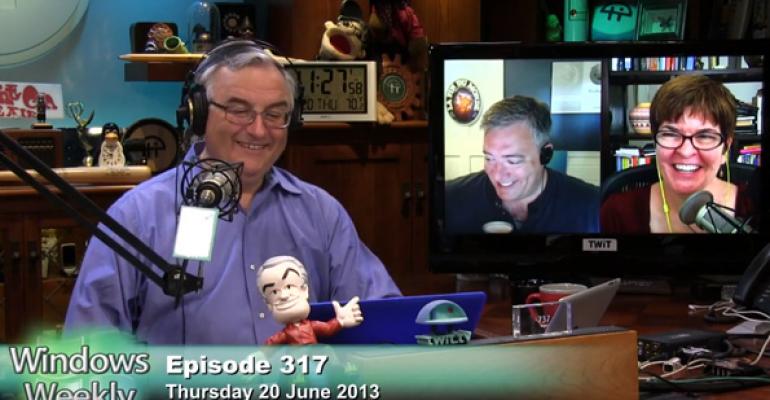 The one where Mary Jo records from a construction zone

In the latest episode of the Windows Weekly podcast, Leo Laporte, Mary Jo Foley and I discuss Microsoft's amazing u-turn on Xbox One policies and restrictions, two Nokia acquisition rumors, the build-up to Build 2013 and how you can meet us live in San Francisco next week, Microsoft's Surface RT sell-off continues, and more.

Tip of the week: SkyDrive vs. SkyDrive Pro

How to pick which cloud storage service makes the most sense for you. Simplest approach: SkyDrive for home use, SkyDrive Pro for work.

Software pick of the week: Kindle 2.0 for Windows 8/RT

Tough choice between Redemption and Rejection -- in honor of the Xbox team: http://russianriverbrewing.com/brews/

Audible pick of the week: Band of Brothers