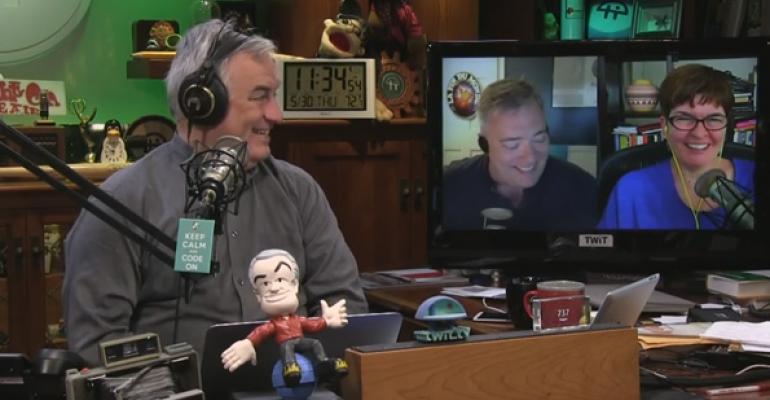 This week on the Windows Weekly podcast, Leo Laporte, Mary Jo Foley and I discuss a bird kidnapping, Microsoft's declaration that the iPad is a PC, a Windows 8.1 "first look," whether Microsoft should break off Bing and Xbox, IDC's new take on PC sales, mini-tablets, the truth about phablets, Office 365 Home Premium hits 1 million users, and Xbox One, a week later.

The hits just keep on coming…

Enterprise pick of the week: Lync (and Skype) federation

Now you can "federate" contacts between Skype and Lync, and use IM and audio chat.

Hitches: Must use Microsoft account with Skype, no video (until 2014)

What are Argos and Petra? And what do they have to do with Durango?

Beer pick of the week: In honor of Blue, Dogfish Head Black & Blue

PLUS: don't forget about our tweetup at TechEd next week