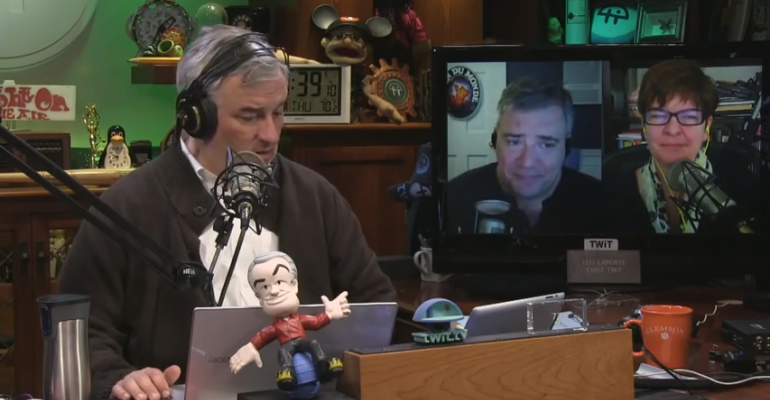 The one where Mary Jo evokes a beloved children's TV show

In the latest episode of the Windows Weekly podcast, Leo Laporte, Mary Jo Foley and I discuss some Windows Phone news, some hints about Windows Server Blue, what Microsoft paying developers for mobile apps means for Windows 8 and Windows Phone, Surface bulk orders, and Google Keep, the ad company's latest waste of time.

Tip of the week: "The Da Vinci Code" is available free, digitally

Ahead of the release of Dan Brown's next book, Doubleday is making digital versions of the "The Da Vinci Code" available for free, including a free excerpt of that book, "Inferno." Hurry, offer ends March 24!

Software pick of the week: Pandora for Windows Phone 8

With just a week to spare in Q1 2013, Microsoft and Pandora finally deliver the promised Pandora app for Windows Phone 8. Not sure what took so long, but it's nicely designed and does exactly what you think it does. Plus: It's ad-free on Windows Phone 8 until 2014. (Note: US-only right now, I believe.)

The first public preview of Hadoop on Windows Azure is finally available. Rumored final availability is this summer

Codename pick of the week: Orion

Yes, this is the name for the Dynamics CRM update due around midyear that will include native apps for Windows 8 and iPad

First beer in my new mug at RattleNHum is an odd sour from Bear Republic brewing in Cali. Fermented in oak barrels: http://www.ratebeer.com/beer/bear-republic-cuvee-de-bubba/99970/