Windows Weekly 203: The ROMs Are Out There

In the latest episode of the Windows Weekly podcast, Leo and I discuss Gartner also claiming that Windows Phone will be the number two smart phone platform by 2015, a long-standing Windows 7 bug that Microsoft seems to be ignoring, a week of Windows 8 feature leaks, Windows Home Server 2011 (and SBS 2011 Essentials and Windows Storage Server 2011 Essentials) head to MSDN and TechNet, mobile devices and IT policies, a Windows Phone 7 software update utility that was pulled by Microsoft, Microsoft's coming gains on Apple in the stock market, Google antitrust heating up just as Eric Schmidt steps down, and some major problems getting the CMS updated on the SuperSite this week.

Windows Weekly tip of the week: Cloud backup
You can't just backup to a USB hard drive. Cloud-based backup is the new offsite backup. I'm investigating KeepVault for WHS 2011. But you have a lot more choices for individual PCs. I'll prepare a summary for the site.

Windows 7 app pick: LogMeIn Hamachi VPN - Remote access to the shared folders on your other PCs with drag and drop, even when you're out of the office. Oh, and it's free. Thanks to Sheldon Dyck

Windows Phone 7 app pick: Fable Coin Golf - This may just be the best mobile game I've ever played. It's $5, but it's worth it.

Windows Phone 7 app pick #2: You Tube - Windows Phone's semi-native You Tube app is functionally retarded. This one is awesome.

Mobile app pick: Team Viewer for Android, iPhone, and iPad (and Windows and web too) - Traditional, interactive remote desktop solution. Free, but only for personal use. (Can't be installed on servers, including WHS.) Thanks to everyone that recommended this.

Audible pick of the week: The Longest War: America and Al-Qaeda Since 9/11 by Peter Bergen
"Ten years have passed since the shocking attacks on the World Trade Center, and after seven years of conflict, the last U.S. combat troops left Iraq - only to move into Afghanistan, where the 10-year-old fight continues. The war on terror rages with no clear end in sight." 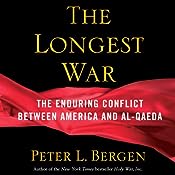