Windows Phone app of the week: ZOMBIES!!!
A Left 4 Dead-style game, but turn-based, and for Windows Phone: Kill the zombie horde on the go! (Actually, it's based on a board game)

Software Pick of the Week: Air Video
Fixes a weird missing feature in the iPad and AirPlay and works pretty well
$2.99

Software Pick of the Week #2: Eraser
Securely erase a hard drive so you can dispose of it--or give it away, or sell it--and not worry about someone stealing your data. Best of all, it's free.

Audible pick of the week: The Master Switch: The Rise and Fall of Information Empires by Tim Wu.

"A secret history of the industrial wars behind the rise and fall of the 20th century's great information empires - Hollywood, the broadcast networks, and AT&T - asking one big question: Could history repeat itself, with one giant entity taking control of American information?" 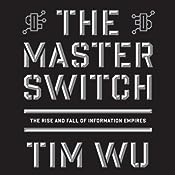