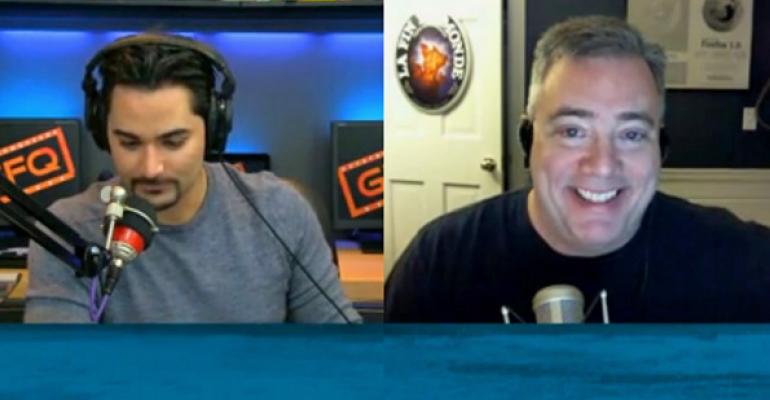 What the Tech 148: Sitting in the Dark with Strangers

This week on What The Tech: Facebook announces Graph Search and Andrew and Paul discuss where Facebook and social networks go in 2013. Also, a discussion about the future of technology and whether the next big leap will come from hardware or software. Andrew and Paul also debate the future of Pay Per View and discuss why movie firms don't offer first run movies at home.

Audible pick of the week: Ike's Bluff: President Eisenhower's Secret Battle to Save the World
UNABRIDGED by Evan Thomas, narrated by Brian Troxell

Upon assuming the presidency in 1953, Dwight Eisenhower came to be seen by many as a doddering lightweight. Yet behind the bland smile and apparent simplemindedness was a brilliant, intellectual tactician. As Evan Thomas reveals in his provocative examination of Ike's White House years, Eisenhower was a master of calculated duplicity. As with his bridge and poker games he was eventually forced to stop playing after leaving too many fellow army officers insolvent, Ike could be patient and ruthless in the con, and generous and expedient in his partnerships. Facing the Soviet Union, China, and his own generals, some of whom believed a first strike was the only means of survival, Eisenhower would make his boldest and riskiest bet yet, one of such enormity that there could be but two outcomes: the survival of the world, or its end.