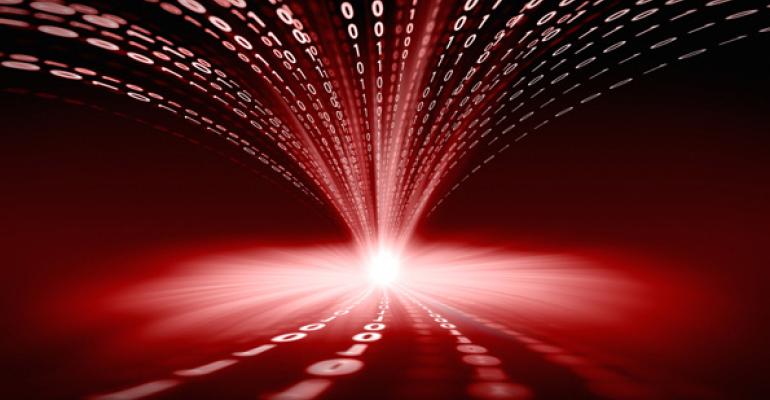 A year's worth of software picks for Windows 8/RT (Metro), Windows, Windows Phone, and more!

Note: These picks are listed in reverse chronological order from top to bottom in each section, so the picks near the top will be newer than those near the bottom. Some picks have been obsoleted by updates and other changes since the time of the pick.

I never thought I'd want to play another Angry Birds game. But this one is just fun, combining elements of classic Angry Birds with Angry Birds Space and Star Wars character capabilities. Plus both offer real Xbox LIVE achievements!

Netflix for Windows 8 and RT

This awesome new Metro-style app provides interactive versions of Martin McClean's amazing Microsoft technology posters.  And yes, you can download them and print!

My favorite Twitter application for Windows makes a nice transition to the Metro environment.

Just one week into the new Windows Store and I already have my most-needed app: Amazon Kindle for Windows 8.

While I think that most Live Mesh users would be better served by migrating to SkyDrive, many are missing the P2P sync feature from Live Mesh. Cubby, from LogMeIn, has this and all the other cloud/PC sync features you want. The catch? It won't be free when it's out of beta. Alternative: SyncToy from Microsoft.

This was a previous pick but I'm back to using it regularly and wonder how I got along without it. MetroTwit is the best Twitter client, period.

Microsoft combines four previous products and squeezes out a winner, Windows Server 2012 Essentials, a product that is laser-focused on the home office and small business market.

The future of Microsoft's in-box mouse and keyboard software management is decidedly Metro-like and offers nice, fine grained control over all of the features of your Microsoft mouse or keyboard. Download Mouse and Keyboard Center to get the most out of Windows 8!

The latest milestone build of the replacement for Windows Home Server and Small Business Server is looking great.

Anyone can evaluate Windows 8 now: Just download and install the 90-day evaluation version of Windows 8 Enterprise from TechNet. Note: You cannot "upgrade" this to a legal version, it will expire. Enterprise is only available to Microsoft's volume licensing customers normally, so you will eventually be buying Windows 8 Core or Windows 8 Pro.

Microsoft Visual Studio Express 2012 for Windows 8 is your tool to build Metro style apps. It includes the Windows 8 SDK, Blend for Visual Studio, and project templates. You must first install Windows 8 RTM. Download it now!

The new version of Essentials mostly drops the Live branding and offers nice improvements to Photo Gallery and Movie Maker.  And it's free.

Plus: Office 365 for businesses, Lync, SharePoint and Exchange 2013, Project and Visio!

This could be the Windows Home Server replacement you're looking for.

Microsoft announced Tuesday morning that it has delivered the second beta of its upcoming User Experience Virtualization (UE-V) solution, its new member of the Microsoft Desktop Optimization Pack (MDOP). The company had previously promised to deliver UE-V Beta 2 by the end of the June.

Google Chrome for Metro Preview (not really a Metro app)

Zune Music Pass will most likely be rebranded to Xbox Music Pass--god forbid they tell anyone this--but we do know this: It will continue working with the switchover to Xbox, will have over 30 million tracks (vs. 20m today) and work across Windows PCs, Windows RT tablets, Windows 8 devices, Windows Phones, the Xbox, and the web. And it costs just $9.99 a month or $99 a year (12 months for the price of 10). Alternatives: Pandora, Spotify, Last.fm, etc.

preview.windows.com. Come and get it :)

Everything is the ultimate search tool for Windows - it immediately searches every disk attached to your PC and returns literally everything with the search term in it: Folders and all kinds of files. (Requires NTFS.)

Mine just came up for a renewal: A reminder why every IT pro needs to join TechNet Standard ($199 for first year, $149 for renewals) ... Non-production use (testing, evaluation) versions of virtually all Microsoft software (Windows, Office, etc.), a Microsoft E-Learning course,24/7 online chat, priority support in TechNet Forums. Step up to Professional ($349, $249 for renewal) to add all Microsoft Enterprise and Dynamics software too, plus an additional E-learning course and two complimentary Professional support calls.

SkyDrive desktop application, plus mobile apps for other platforms too.

The latest version of the Windows Phone developer tools is now available, adding support for Windows Phone "Tango" devices and Windows 8. This is, by far, the best mobile development software available anywhere.

Unlocker is a useful utility that can help you overcome a Windows bug that has bothered me for years: The inability to delete or move certain files/folders because of spurious application locking.

Microsoft Device Center is a surprisingly beautiful new management interface for Microsoft keyboards and mice that only works in the Windows 8 Consumer Preview.

Get the build today!

Pure Text lets you copy from the Windows Clipboard as text, as God intended. Thanks to Matt Whitlock, the Editor for http://www.TechLore.com, who wrote it after a Windows Weekly rant. :)

Bend, the Metro-style text editor, is back! Thanks to Andrew King for the tip.

AppDetective alerts you when apps you search for--Pandora, Instagram, whatever--appear on Windows Phone. Thanks to Jackson Holbrook for the tip!

I never thought I'd want to play another Angry Birds game. But this one is just fun, combining elements of classic Angry Birds with Angry Birds Space and Star Wars character capabilities. Plus both offer real Xbox LIVE achievements!

This is how Microsoft integrates VoIP into Windows Phone 8. It's done right, and third parties are free to play as well.

"Tango" and more for the Nokia Lumia 900

If you use a Nokia Lumia 900 and live in the US or Canada, you have a massive set of updates waiting for you. Find out more.

Audible 1.0 for Windows Phone finally arrives, plus some exclusive news about what comes next.

It's only for Lumia owners, but the new features in Nokia Camera Extras should be on every Windows Phone.

Microsoft's new "Must Have Games" campaign kicks off with a long-awaited sequel (and big iOS/Android game), Need for Speed: Hot Pursuit. It's expensive at $5, but well worth it, and a great way to wile away a commute or plane trip.

The TripAdvisor app for Windows Phone has been nicely updated to sport a beautiful, Metro-style UI. Plus, it's nicely differentiated from the normal web version by being location-centric, so you can use it to find attractions, hotels, and restaurants nearby.

Crashplan for Windows Phone lets you download, view and share files being backed up to Crashplan Central right from Windows Phone!

The latest version of Facebook for Windows Phone brings this important mobile client up to date with the FB web changes. And it looks great.

The Walking Dead Episode 1 for Xbox 360 is just $5. But make sure you know what you're getting into. This isn't hack and slash.

Amazon's cloud-based music locker and media player integrates nicely with Kindle Fire/HD devices, iPhone, and Android, as well as Windows (via a web player). Plus all the music you buy from Amazon MP3 is stored there for free.

Microsoft's replacement for Hotmail is a winner. I was happy switching from Gmail to Hotmail. But with Outlook.com, it's a no brainer, and the integration with Microsoft services--Office Web Apps, SkyDrive, Skype, and more--puts it over the top for anyone using Windows.

Another more legally tenable way to get Microsoft Office on the iPad!

Microsoft's note-taking app is now available on all major platforms. Curiously, the Android version is the best yet, by far, from a "fidelity" standpoint.

Announced at CES, this free remote desktop solution is a surprisingly potent way to use Windows on your iPad. It includes Word, Excel, and PowerPoint!