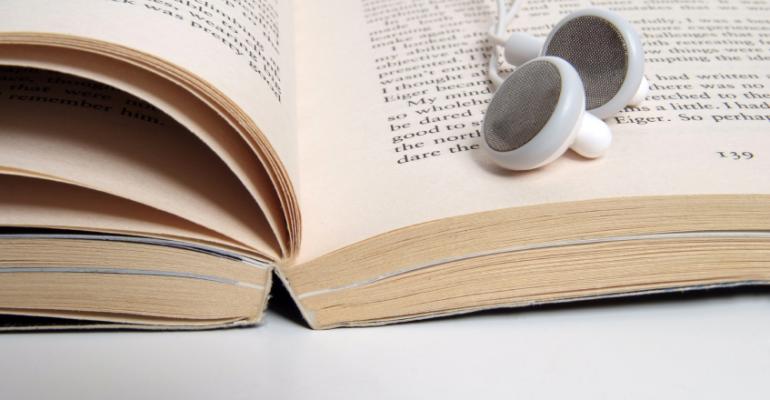 Some audio books and eBooks from 2012

I make an Audible book recommendation on the Windows Weekly podcast when possible—and yes, Audible is an advertiser, not that that impacts my use or recommendation of the service—and thought it would be interesting to compile my Audible and Kindle eBook recommendations from 2012. So here they are, the books I read and recommended this past year.

First, though, my favorite Audible pick from 2012:

Bag of Bones by Stephen King

Bag of Bones by Stephen King (and narrated by Stephen King!) - Recently made into a terrible TV mini-series, but is a great book. Well, at least for the first half: In this way, it's vintage, unedited, 90's King, devolving into a long-winded spirit world ending. But there's some great stuff in there about the process of writing--the main character is clearly modeled after King himself, making this a very introspective book--relationships, and dealing with loss. Oh, and ghosts. I complained about it the whole time, but I kept talking about it with my wife. So it must be great.

His last (and unfinished) book, Micro by by Michael Crichton  (and Richard Preston), and narrated by John Bedford Lloyd, is classic Crichton: It's about science run amok, this time pharmaceutical companies that are doing biological prospecting, finding and exploiting previously unknown, microscopic forms of life. Surprisingly, something goes wrong. :) Some have said that this book has too much of Crichton's co-author in it, but I don't see that at all. Crichton's gift is making the fantastic not just believable but plausible. And when you read Micro, you believe this could happen.

The Stand by Stephen King

It's finally here! The Stand (UNABRIDGED) by Stephen King and narrated by Grover Gardner is the long-awaited audiobook version of what is arguably Stephen King's best book ever. It weighs in at an amazing 48 hours in length(!)

The Dark Half by Stephen King

The Dark Half by Stephen King, narrated by Grover Gardener, is another book about a King-derived writer, this time inspired by his own experiences being "outed" as Richard Bachman.

The Gunslinger by Stephen King

The Gunslinger is a great book comprised of long stories, and the best of what is now a several-book-long series. This is a manageable book, lengthwise, and a great introduction to King's non-horror work. Absolutely a classic.

A full-cast dramatization of a John le Carré Cold War classic, The Russia House, that was put on by BBC Radio. Also a great movie starring Sean Connery (a personal favorite).

The Hunger Games by Suzanne Collins, narrated by Carolyn McCormick

Thanks to my wife and son for the pick: The Hunger Games by Suzanne Collins has of course just been released as a movie, but I'm told the first book is the best of the three, by far, and worth the read even by those who exceed the age limits of this youth fiction near-classic. Fans of Ender's Game, Lord of the Flies, Battle Royale and many other fantasy/sci-fi classics will see some familiar themes here.

The Wind Through the Keyhole: The Dark Tower by Stephen King

And narrated by Stephen King.

The Martian Chronicles: A Radio Dramatization by Ray Bradbury

The Martian Chronicles: A Radio Dramatization by Ray Bradbury, narrated by The Colonial Radio Players, is one of the best Audible productions I've found, similar to the recently-released Dracula, with a full cast, audio effects, and a soundtrack. A really nice presentation for an epic  sci-fi short stories series classic. The separate, short story approach makes it semi-ideal as an audiobook as well.

The Future Was Here by Jimmy Maher

The Future Was Here is an absolutely amazing history of the technologies in the Amiga. (Kindle pick.)

Recently released as a movie, A Princess of Mars is the first of a series of novels about John Carter's adventures on Mars.

Salem's Lot by Stephen King is one of the most masterful bits of storytelling in modern literature. Oh, and it's about vampires, too!

Mission to Paris by by Alan Furst

The Andromeda Strain by Michael Crichton

This pick comes from my son Mark, who's never read a book so quickly: The Andromeda Strain (ABRIDGED, unfortunately) by Michael Crichton and narrated by Chris Noth. Classic book by one of my favorite authors.

Stephen King's other epic IT, is available in a 45 hour long audio book!! Perfect for the flight to New Zealand.

The Hobbit by J.R.R. Tolkien

With Peter Jackson King Konging "The Hobbit" into an unnecessarily long three-movie trajectory, maybe it's time to rediscover the actual story, which is simple, short, and delightful. Audible has two versions, both of which are dramatized:

Audible launches a J.R.R. Tolkien page on its site, and there's more to this author than just the Lord of the Rings. OK, not really. But it's mostly excellent stuff.

Thomas Jefferson: The Art of Power

Thomas Jefferson: The Art of Power by Jon Meacham, narrated by Edward Herrmann and Jon Meacham