/sites/all/themes/penton_subtheme_itprotoday/images/logos/footer.png
Recent
Recent
Move Over, Zoom, Holograms Are Next
May 07, 2021
How the US Postal Service Is Using AI at the Edge to Improve Mail
May 06, 2021
Zoom Continues to Innovate at Blistering Pace
May 04, 2021
Researchers Explore Active Directory Attack Vectors
May 04, 2021
Red Hat Brings Its Managed OpenShift Kubernetes Service to AWS
May 03, 2021
Featured
Is There Room for Linux Workstations at Your Organization?
Aug 07, 2020
Mozilla Shrinks to Survive Amid Declining Firefox Usage
Aug 18, 2020
Survey: Open Source Cloud Technologies Fit Devs Like a Glove
Feb 12, 2021
2020 State of AI Survey Report
Jun 30, 2020 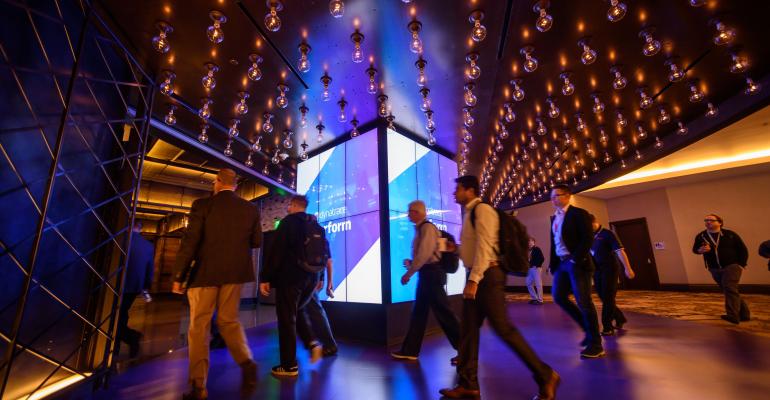 Dynatrace platform is investing in development around AI so enterprises can analyze data from multiple sources, according to one of several announcements at its Dynatrace Perform conference this week

(LAS VEGAS) -- The modern enterprise stack is changing so rapidly that legacy monitoring tools and processes can’t keep up. This causes delays in resolution times while also straining staff resources. Enterprises this week at the Dynatrace Perform conference spoke of their need for platforms that take advantage of artificial intelligence (AI) and a broad set of data to streamline cloud monitoring and improve the user experience.

Dynatrace, whose solutions help enterprises with application performance management, cloud monitoring, and digital experience management, held its annual conference in Las Vegas this week to show enterprise customers what it has been up to on the development side of things since its gathering last year. Among its key areas of focus is improving its AI engine, Davis, and opening the Dynatrace platform to ingest data from all kinds of sources, outside of the data that it collects.

According to the company, these go together as Davis is now able to ingest custom metrics, data and events from third-party CI/CD and ITSM tools. Dynatrace chief product officer Andreas Lehofer tells ITPro Today that this is all part of its broader goal of opening the Dynatrace platform.

It is important to clarify that while the company and its executives use the word open, it is not open source, just open in the sense that customers can use APIs to connect disparate data sources. This function enables customers to connect other applications that can go beyond detection – which is what Dynatrace takes care of. A popular use-case among its customers is connecting ServiceNow, so once they detect an issue in their cloud environment or application and drill-down to the root cause using Dynatrace, they can take the steps to remediate the problem, automatically.

In other words, customers can now leverage the Davis AI engine on both data from the Dynatrace platform and data ingested on APIs from other sources, he said.

The company said that Davis AI uses real-time dependency knowledge with full-stack context, going beyond correlation data, which it said its competitors in the AIOps and traditional monitoring space rely on. The AIOps space is competitive, with players like Moogsoft and Splunk also investing in AI capabilities.

“When you have a problem we take this model, class those anomalies that are detected, and can derive the root cause,” Dynatrace technical product strategist Alois Reitbauer said.

“Doing this is a modern cloud environment manually would keep you busy until the end of your professional career,” he said.

Dynatrace customer and SAP CX senior product manager Reinhard Weber said that Davis AI picks up on things that operations can miss and being able to feed third-party data will enable more precise predictions and auto-remediation. He added that a high level of automation is what drew him to the Dynatrace platform.

“We have this principle that we don’t want to do anything manually anymore because it’s not controllable, it’s not necessarily reproducible,” Weber said. “Everything that ends up in an environment that we need to manage needs to be code, it needs to leverage APIs.”

Prior to Dynatrace, Weber said that the monitoring team was tightly involved in customer projects before passing off to the operations team. Now, through APIs, they have cut out this manual work of setting up customer environments, saving company resources. Weber said that since this process is scalable it has allowed the company to focus on automating even more.

So how do its employees feel about all this automation?

“As we massively grow, and we go through this cloud transformation from on-prem to the cloud, we know that there will be hundreds and hundreds of customers more we need to support,” he said, which would not be possible without automation. “Before it was ‘how are we supposed to support double, triple the number of customers if we continue the same way’ and now it’s, ‘OK, I’m confident that we can actually support [this growth].”

“In practice, if you have a developer either on the customer side or with a partner that really wants to build integrations against Dynatrace interfaces … such a developer needs access to a Dynatrace instance,” Lehofer said. “And even at a customer site where a customer has a customer instance of Dynatrace running, it’s not always the preferred way to give developers access.”

Disclosure: Dynatrace arranged and paid for Nicole Henderson’s airfare and hotel costs to travel to Dynatrace Perform, from which this article was written.