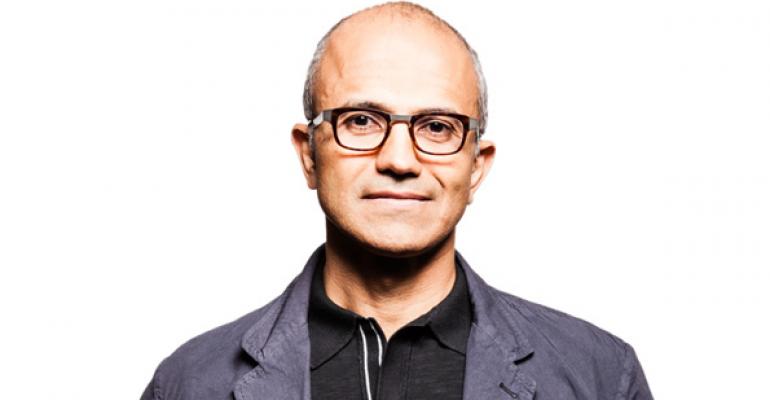 It's Time for Microsoft to Make the Right CEO Choice

Satya Nadella should be selected as Microsoft's third CEO

If Microsoft does announce, as expected, that it has selected Satya Nadella as its next CEO after a six-month search, the decision will trigger delight and despair in different circles. But the presumed ascension of Mr. Nadella has less to do with him being an internal candidate than it does with him being able to effectively navigate the complex internal structure and politics of a company that, frankly, was already transforming itself when Steve Ballmer announced his intention to step down.

Last week, Bloomberg, Reuters, The New York Times, and The Wall Street Journal all independently cited sources close to Microsoft's decision-making process in reporting that Mr. Nadella was close to being named as the firm's next CEO. Not unexpectedly, this news set off some emotional responses.

To Microsoft insiders, Nadella is an excellent choice. A 22-year veteran of the software giant, Mr. Nadella has weathered decades of political infighting and has risen to the top of his field. He now runs the firm's Cloud and Enterprise group, which emerged from the Microsoft reorg as an obvious successor to the Server and Tools business that he previously led. This matters because roughly two-thirds of Microsoft's revenues come from the business customers that are now transitioning, with Microsoft, from traditional software solutions to cloud-based services.

Detractors, however, were hoping for a transformational outsider—someone like Ford CEO Alan Mulally—who would independently evaluate Microsoft's various strategies and cut and cull where needed. And to them, Mr. Nadella, while qualified on many levels, is simply the safe choice, a way for Microsoft to continue with its current strategy unimpeded.

Although I do believe that Microsoft would benefit from a thorough and independent vetting of its various businesses, Mr. Nadella is most certainly the best internal candidate for the CEO position and one of only a handful of individuals anywhere who has both the experience and qualifications necessary to run a company as complex as Microsoft. His appointment as CEO would also allow for a quicker and more seamless "devices and services" transition, especially for those parts of Microsoft that are currently in a strange holding pattern, awaiting the outcome of this search.

As important, news that Microsoft cofounder Bill Gates might step down from his chairman position at the firm and assume a more hands-on role working alongside Mr. Nadella on product strategy should please virtually any Microsoft follower. To an outsider pick, a Gates-led board of directors would be seen as a hindrance, since Gates would presumably have a meddling effect on any attempt to change the strategy. But with Gates working more explicitly with Mr. Nadella, he can proactively impact Microsoft's strategy rather than work from behind the scenes to scuttle plans with which he doesn't agree.

Ultimately, hiring from within might be the only way to ensure that Microsoft's next CEO—whoever is picked—sticks with the highly scrutinized role for a reasonable amount of time. Microsoft doesn't have a good track record of bringing in high-profile outsiders, and although there are obviously some exceptions, the flameouts outnumber the successes by a wide margin. After decades of stability under Gates and Ballmer, it's important that the next CEO not come and go quickly, since such a turnaround could be perceived as evidence of the firm's continued fall from prominence.

Satya Nadella is a well-spoken and brilliant engineer who has already navigated the transition from software to services in one of Microsoft's biggest and most important businesses. He will provide Microsoft with the leadership it needs at this important moment in its history, and will help the firm finish its transition from its software past to its devices and services future. Mr. Nadella is the right choice for Microsoft's next CEO.