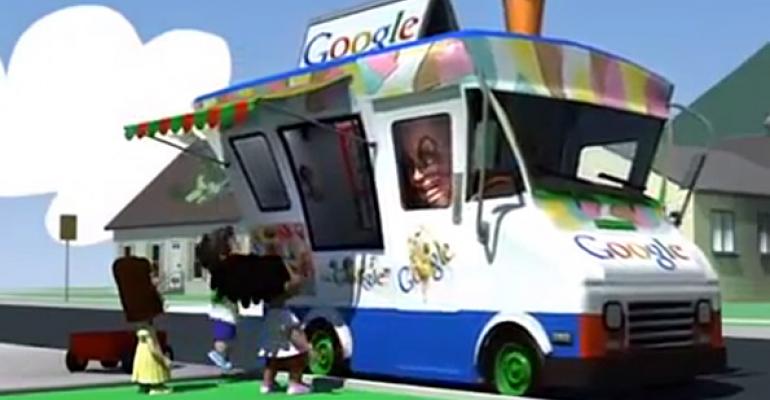 A recent leak of internal Google documents reveals that Google's dominant Android mobile OS isn't "open" or "open source," as the company claims. Indeed, licensing Android comes with a complex web of requirements that binds the hardware maker's devices to Google's extensive collection of online services and forces them to use Google apps as the default.

Put simply, Google is engaging in exactly the same product-bundling practices that got Microsoft in antitrust trouble around the world. But it is doing so with a far more invasive suite of services.

"In order to obtain key mobile apps, including Google's own Search, Maps, and YouTube, manufacturers must agree to install all the apps Google specifies, with the prominence Google requires, including setting these apps as default where Google instructs," Harvard University professor Ben Edelman writes in a blog post explaining Google's practices. "It's a classic tie and an instance of full line forcing: If a phone manufacturer wants any of the apps Google offers, it must take the others also."

The timing of this revelation is interesting, as European Union (EU) antitrust officials, having accepted a settlement of Google's sweeping antitrust charges related to search, are now investigating Android. I've alleged that Google has effectively "dumped" Android in the market—selling or licensing the mobile OS below cost, or at no cost, in order to quickly gain market share and illegally harm competition—but these documents reveal a new layer of wrongdoing: Google's agreements with hardware makers also come with important and potentially illegal strings attached.

With an ever-rising 80 percent market share in smartphones and 62 percent in tablets, Google is the dominant mobile computing platform and the obvious heir apparent to Windows, which still dominates the PC world. But there are many questions swirling around Android, including multiple accusations of intellectual property and design theft. Many believe that Android's dominance has come both unfairly and illegally.

The leaked documents hint at how Google monetizes something that is ostensibly free (not to mention "open," which it is not): Google requires hardware makers to agree to a Mobile Application Distribution Agreement, previously undisclosed publicly, that numerous Google mobile apps must be preinstalled on devices, that Google Search must be set as the default search provider, and that Search and Play Store icons must appear "immediately adjacent" to the home screen, with the other Google apps appearing no more than one screen swipe away. Because search is the main conduit for Google's only actual source of revenues—advertising—much of an Android user's daily activities feeds the Google financial engine.

In case it's not obvious, an intentional side effect of these requirements is that it places Google competitors, including Microsoft's Bing, at a disadvantage. And the only way to avoid the Mobile Application Distribution Agreement is to replace key Google services and create your own mobile app store—prospects that are obviously difficult and expensive, and beyond the capabilities of most companies. (Only Amazon has done so, and its store is a tiny fraction of the size of Google's.) Thus, Android licensees are locked into Google's web, as are Android users.

Professor Edelman ably explains how this practice harms everyone but Google: its partners, its competitors, and consumers. Even if a phone maker believes a competing mapping or search provider is better for consumers, they can't use it without losing access to all of the other Google services that make Android usable. This agreement "surpresses competition," he writes, because "alternative vendors of search, maps, location, email, and other apps cannot outcompete Google on merit even if a competitor offers an app that's better than Google's offering." And "consumers do not benefit when Google prevents phone manufacturers from installing apps in whatever combination consumers prefer."

Related: "Android Now Over 80 Percent of All Smart Phones Sold"

Most chillingly, this product tying gives Google's weaker and otherwise uncompetitive services—Google Checkout, Google+, Google Shopping, Google Products, and so on—artificial prominence that could over time drive out the products and services that legally established themselves in their respective markets.

He cites Google Checkout as an example.

"Reaching users a decade after Paypal and competing with Paypal's huge user base, by ordinary measures Checkout should have been entirely stillborn," Edelman notes. "Indeed, Checkout's growth has been slow. But what would have happened if, rather than featuring a special logo only for AdWords advertisers who joined Checkout, Google had shown such logos for all popular payment intermediaries? Surely equal treatment of Checkout versus competitors would have reduced Checkout's adoption and harmed Checkout's relative prospects. Yet equal treatment would have provided consumers with timely and actionable information, and would have facilitated genuine competition on the merits."