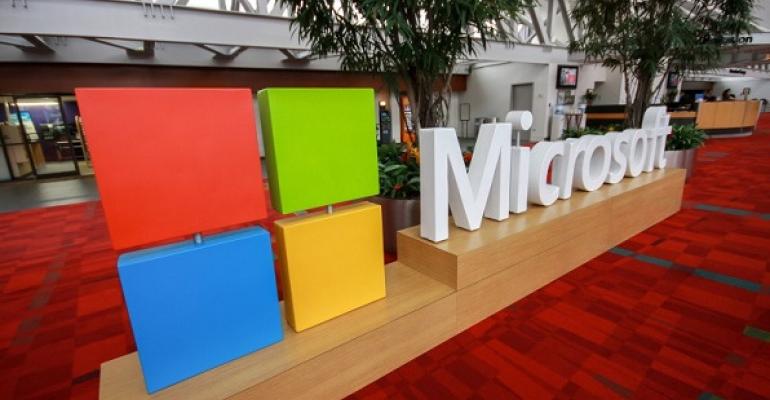 Transition from on-premises to cloud reflected in Microsoft's latest results

Microsoft released their Q1 FY16 results on October 22 and I took a look at what they reported. Not because I like pouring over financial documents but in an attempt to figure out the health of the technology that I cover, meaning Office 365, Exchange, SharePoint, and associated products.

With this in mind, the part of Microsoft’s results that we need look at to understand the health of Office 365 and products like Exchange is the Productivity and Business Processes segment, which includes “Office Commercial”, defined as “including volume licensing and subscriptions to Office 365 Commercial for products and services such as Microsoft Office, Exchange, SharePoint, and Skype for Business, and related Client Access Licenses (“CALs”).” Office 365 used to be grouped into Commercial Cloud Services along with Dynamics CRM and Azure, but the new organization makes more sense. In any case, the results are shown below:

On the surface, it seems like the quarter just gone delivered worse results in both revenue (-$184 million) and income (-$233 million). You might conclude that Microsoft’s ability to sell Office is declining, but that’s not really the case. The problem faced by all U.S. companies that operate internationally is that the dollar exchange rate has strengthened over the last year or so. For example, during the reporting period, the Euro declined against the dollar from 1.36 to 1.12 (see below).

Weaker international currencies mean that foreign earnings suffer when converted back into dollars, which then affects the income and revenue reported in the Microsoft accounts. However, when reported in constant currency, the overall shape is a tad different. CFO Amy Wood said “we grew operating income by 11 percent in non-GAAP constant currency”, meaning that when a fixed exchange rate (calculated as the “average exchange rates from the comparative period”) is used to convert operating revenue to dollars, Microsoft delivered a healthy increase over the equivalent quarter in 2014. To demonstrate the effect of fluctuating currencies, when constant currency is used to establish a non-GAAP figure, Microsoft’s operating revenue for the quarter increases from $5.793 billion to $7.074 billion.

Microsoft doesn’t provide a similar analysis for each segment but I think it reasonable to assume that half of the revenue and income for Productivity and Business Processes is derived from outside the U.S. and is therefore influenced by shifting currency rates. Microsoft said that the non-GAAP income for the segment showed a 4% rise in income over the previous year, meaning that its income would be $6.749 billion instead of the reported $6.306 billion and therefore transform the 3% decline in actual currency into some growth.

Of course, big numbers like this that cover a mass of products don’t tell you too much about the overall health of offerings like Office 365, the on-premises versions of Exchange and SharePoint or the Office desktop application suite. We are told about an “Office 365 revenue growth of nearly 70% in constant currency” but nothing else.

Some inspired guesswork about the products covered by the segment is therefore necessary:

Like any other software company who has to cope with the transition from on-premises to cloud technology, Microsoft has to keep the plane flying while changing engines. In this case, it seems like the growth in Office 365 is more than compensating for the reduction in on-premises revenue.

Of course, I am not a market analyst and these are simply some thoughts after browsing Microsoft’s financial results. Please don’t use this as guidance for any investment decisions that you take. I often don’t trust my own advice!