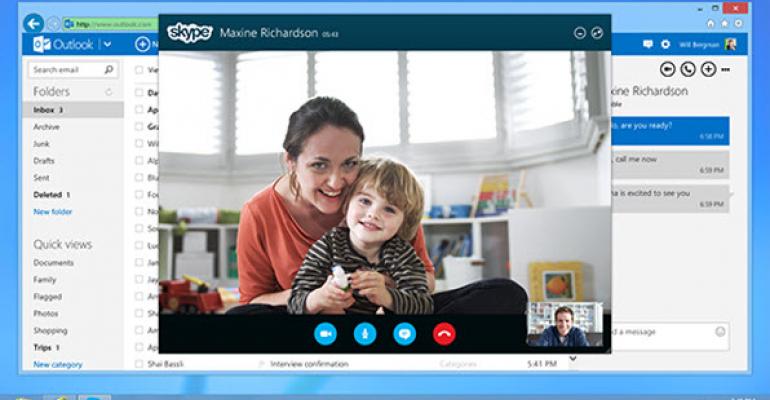 It kind of makes you wonder, doesn't it? Outlook.com was down for several hours last week, then Microsoft apologized over the weekend, and now, today, Microsoft announces that Skype has finally released for Outlook.com. Yes, Microsoft explained the outage away as a caching issue, but as IT folks, we know that rolling out new software can create a butterfly effect, causing issues that were unexpected. And, as IT, we always tend to make up stories over the true causes since most end-users would never understand anyway.  Hmmm…

Still, today, Microsoft has announced that Skype is now available for Outlook.com customers in North America. This makes the US just another stop on the way to world domination with the UK, Germany, Brazil, France, and Canada already enjoying access.

Skype for Outlook.com released in preview mode in April 2013, and today Microsoft feels it's now ready for true public consumption, despite the outage last week.

Microsoft makes the announcement on the Outlook Blog, and you can read about that and a special celebratory contest, allowing winners of recipe submitters a chance to make a Skype video call with Gail Simmons, food expert and author. Uh…yay?

Here's the blog announcement: Skype is now available for all Outlook.com customers in North America

Microsoft Lists: Meet Your Microsoft To Do List Tool
Jun 17, 2020