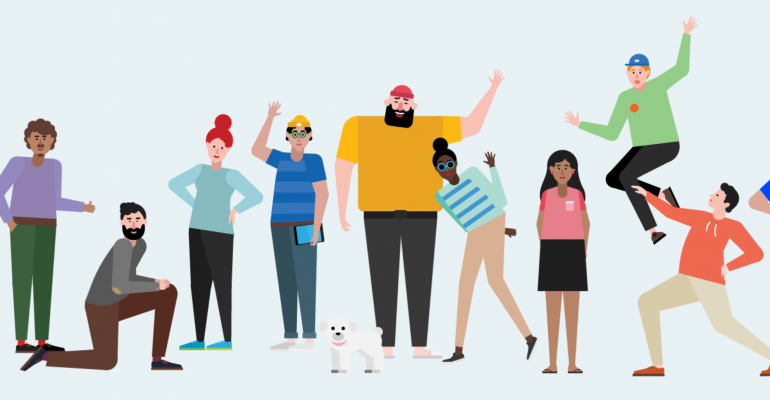 Microsoft just wrapped up their second press event in the span of seven days in New York City.

Last week it was all about the Windows 10 Creators Update and Surface Studio and now the focus shifts to productivity for teams with the official announcement of a new Office 365 service called Microsoft Teams.

You might have noticed that Slack took out a full page ad in the New York Times this morning to welcome Microsoft to the world of teams and collaboration but in reality Microsoft has been providing cloud based tools for this purpose for the last few years. In the early days it was on premise services like SharePoint and now that ahs moved into the cloud with the Office Suite of software gaining new features to help people work together on their projects.

Microsoft Teams brings that to an entire new level by using the Microsoft Graph to Office 365 Business and Enterprise customers to connect team members and all of their data together in one dashboard to maximize their productivity.

Microsoft Teams: Slack Who?
This Is About More Than A Chat Workspace App

Our own Michael Morisy is in NYC covering this event and is currently getting demos and other information at the event. Later today he will bring you his perspective on this but in the interim I want to list out many of the resources Microsoft has already made available once the event ended.

App and software downloads are now available for the following platforms:

There are also a couple of YouTube videos from the Office team that you can view. One is an intro to Microsoft Teams and the other one is a longer step-by-step intro to the service. They are embedded below:

How To: Activating and Configuring Microsoft Teams in the Office 365 Admin Center
Nov 03, 2016