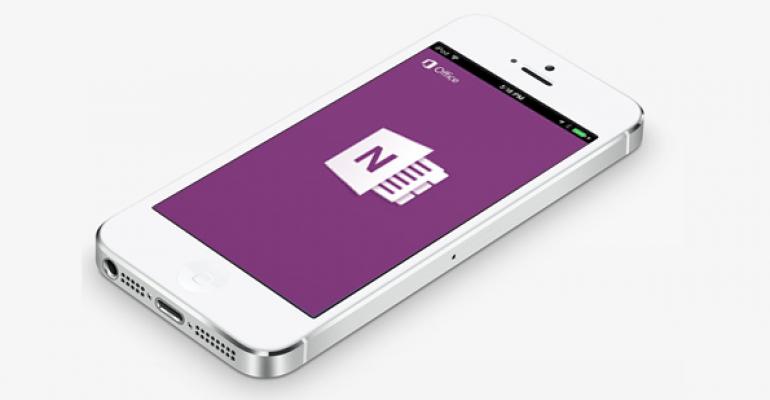 OneNote Mobile for iPhone, iPad is Untethered from the PC

Is this paving the way for Office on iPad?

A new version of OneNote Mobile for the iPhone and iPad that adds the ability to create new notebooks from those devices is not the subtle update it appears to be. Instead, with this seemingly small change, this app is now finally untethered from the web or PC, and can be used fully in standalone mode.

Create new notebooks. You can now create new OneNote notebooks directly from the Notebooks view. Note that these are new notebooks that appear in SkyDrive, not on the device. (Which is the way you should be using OneNote, regardless of device type.)

Manage sections. You can also create new sections from within any notebook, and then rename or delete sections as required.

Smaller download size. OneNote Mobile used to be a beast. It's now less than half its previous size.

Other bug fixes. Microsoft says it also fixed a number of bugs that users reported in the previous release of the app.

Download OneNote Mobile for iPhone (and iPod touch) from iTunes.