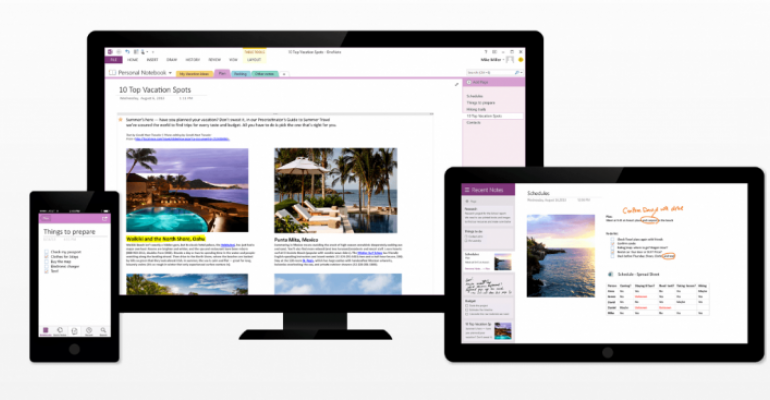 OneNote 2013 free desktop version gets even better with latest update

Last March Microsoft announced that a desktop version of OneNote 2013 would be made available for Windows 7, 8/8.1 and Mac computers at no cost to bring the popular note taking tool to users on those devices.

This was in addition to the Windows Store Modern version of the app and the one on Windows Phone. Since then we have also seen free versions of OneNote released on iPad, iPhone, Android and on the web.

Microsoft’s OneNote has truly become a star jewel in Microsoft’s program offerings and was even made a key feature of the Surface Pro 3.  This free version meant that people did not have to purchase the entire Office 2013 Suite to get the software.

At the time of its release last year it did have some functionality restrictions that were intended to help set it apart from the paid version of the desktop software.

This latest update to the OneNote 2013 desktop software (Version 15.0.4693.1001) adds the following list of features that you can now use in the free desktop download:

The only aspect that is still a differentiator between the free and paid version is where OneNote 2013 Notebooks are allowed to be stored.  On the free version OneDrive is your only option however, if you upgrade to the premium version then you can also store Notebooks on local and network drives as well as SharePoint and OneDrive for Business.

You can read more about OneNote 2013 and get links to all the downloadable versions at OneNote.com.

I have now been using OneNote for almost two years to save all of my notes and other information. Are you using it? If so, how are you putting it to use in your daily routine?