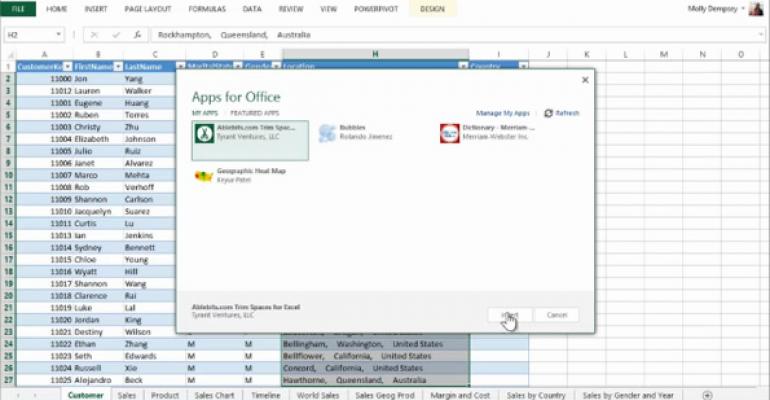 Microsoft announced some changes coming soon to the Office Store, including support for new languages and subscription pricing for apps. The announcement was timed to coincide with IT/Dev Connections, our industry conference currently underway in Las Vegas.

In case you're not familiar, Office Store is available via office.com and from within certain Office 2013 applications. It provides apps—Apps for Office and Apps for SharePoint—which run on top of the new Office, and according to Microsoft, over 1 million apps have been downloaded from the store since its launch in early 2013.

New international store fronts. This coming spring, Office Store will open in Belgium, Brazil, China, Hong Kong, the Netherlands, Italy, Russia and Taiwan, allowing "developers to promote and distribute apps globally or within the 31 individual selectable markets where the Office Store is available."

Subscription pricing for apps. Starting in November, developers can begin selling subscription apps for which they can charge a monthly recurring fee for their solutions.

Developers who are not familiar with the Office Store should check out the Apps for Office and SharePoint Dev Center, which provides a number of useful tutorials, developer documentation and other related information.