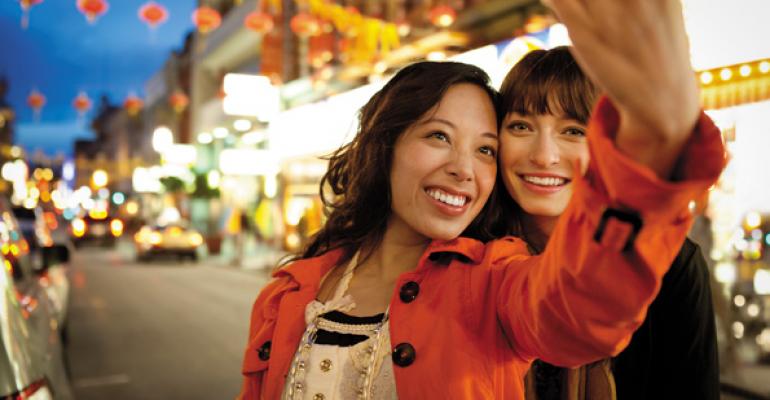 Microsoft this week will ship a preview version of an interesting new solution called Office Remote that lets you tie your Windows Phone handset to a Bluetooth-powered PC and interact with Office documents in new ways. You might consider Office Remote as a productivity-focused take on Xbox SmartGlass, and Microsoft is interested to see how users would like it to evolve going forward.

I've been experimenting with Office Remote since late last week. There are a few components, including a Windows Phone 8 app and an Office 2013 add-in, both of which should be available in preview form by the time you read this. And in case it's not obvious, that limits things a bit from the outset, as it won't (yet) work with other mobile devices, or other versions of Office, including Office 2013 for Windows RT.

That, however, is by design. Bert Van Hoof, the group program manager for Office Mobile told me Friday that Office Remote is currently just a research project, and that Microsoft was putting it out in front of people early specifically to get feedback about this solution, and about how users might like to see it change going forward.

"Office Remote is a collaboration between the Microsoft Research and Office teams," he told me. "We have a bigger playground where we have these ecosystems of devices now, so we can really make an interesting mobile play. We looked at where we could add value, and connect to devices in unique ways, and make them complementary to each other."

The result is interesting. In its current form, the Office Remote mobile app can connect with PowerPoint, Word and Excel 2013, and the emphasis, as you might expect given the popularity of presentation remotes (and presentation remote mobile apps) is on PowerPoint. That is, it works like an advanced version of the presentation mobile apps you may have used previously—letting you control slide display on the PC/presentation device and see the next slide and so on—but with some more advanced features like a timer display, notes, and a pretty cool "laser pointer" view where you tap and hold on the device screen and a pretend red laser pointer appears on the displayed slide for viewers.

So, PowerPoint is easily understood. How does Office Remote work with Word and Excel?

As with PowerPoint, the functionality here is very much tied to the notion of a "remote." That is, what would you like or need to do when using Word or Excel to show information to others? In the case of Word, it lets you navigate between document sections and comments (for multi-author documents). With Excel, you can navigate between sheets in a multi-sheet workbook, but also pan and zoom and navigate between cells and change the data in any cell on the fly, which can lead to some very interesting displays if you're using charts or pivots.

Van Hoof told me to look towards such technologies as Xbox SmartGlass (a two-screen solution for the Xbox 360/Xbox One and virtually any mobile device) and the Nokia Photobeamer and Nokia Beamer mobile apps, which let you broadcast your phone-based photos or entire display to any web browser on any device, as potential guides. (No promises, of course.) "Office Remote is just another way in which you can take full advantage of the existing connections your devices have with your PC," he told me.
"Lync meeting, everything else you do in Office, all continues to work. It's just a remote interface to that app."

With regards to feedback, Microsoft is very interested to see what people think about Office Remote, and how they'd like it to improve. As it turns out, the in-house version of Office Remote has a lot more functionality, but they wanted to ship a simple and basic version that had the features most users would want, and see where it went from there.

"This will expand over time," Van Hoof said. "It's just a playground now, and we'll get feedback and see how people like it, see what people bring to our attention. We're open to more feedback, to see how we expand it going forward."

When I asked about expanding this functionality beyond Office, to, say, Windows or Xbox, Van Hoof didn't want to speculate but admitted that those "intersections" are interesting. "We did talk to Xbox about SmartGlass early on," he said, "and it's safe to say you'll see more from Microsoft in the future with regards to connecting different pieces of glass [i.e. device screens]. There are interesting scenarios around [PixelSense] too. We will work with that. And we'll play the One Microsoft card more explicitly."

PowerPoint:
- Jump to the next, previous, and last slide
- View slide thumbnails and jump to a slide
- View speaker notes on phone
- View presentation timer and slide numbers
- Laser pointer using touch on your phone
Excel:
- Change worksheets by swiping
- Use Slicers, PivotTable, and Filters
- Jump to any named object in your workbook
- Move up or down the worksheet
- Change the zoom level
Word:
- Jump to headings
- Jump to comments
- Screen up/down
- Line up/down
- Change the zoom level
16 comments
Hide comments
Related