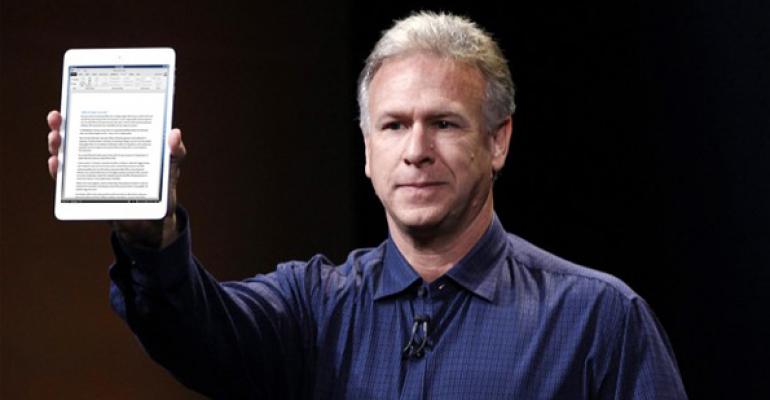 Office for iPad: Yes or No?

My sources tell me that Microsoft Office 2013 is heading to Apple’s iPad this year, and that the firm will only offer the product through Office 365 subscriptions in order to bypass Apple’s draconian App Store rules. But while Office for iPad will no doubt be a best-seller, it will also undercut the value proposition of Windows 8/RT devices like Surface. Should Microsoft even release this product?

I’ve flip-flopped on this issue so many times I’m surprised that Swift Boat Veterans for Truth hasn’t taken out an attack ad against me. But … Come on, this is a tough question.

Here’s the latest information I have about Office on iPad which, granted, is a few months old. It’s happening. It will ship sometime in the spring. (The date keeps changing, sorry, but it was never going to ship alongside Office 2013 for Windows.) It will be tied to Office 365 subscriptions so that customers are paying Microsoft and not Apple (as they would be if Microsoft simply sold it a la carte through the iTunes App Store).

You can take all that with whatever grain of salt you like. The main issue here isn’t the particulars. It’s whether Microsoft should even release Office for iPad.

In the pro column, it’s important to remember that Office, not Windows, is Microsoft’s biggest business, and it has been for quite some time now. (Last quarter’s one-time blip was because a new Office revision was pending, and it was still a near-tie, revenue-wise.) More Office is more revenues for Microsoft, more customers locked into one of their biggest ecosystems (currently 1+ billion users) and not running to Google Apps or Apple iWork. Especially important is the Office 365 subscription bit: It’s not just more revenues, it’s more steady revenues. Even better.

Office for iPad is also a pragmatic, customer-friendly release. Many people have already PCs, iPads, and whatever kind of smart phone. And being able to access Office across all of them is a key capability. This would be a huge win for users.

On the flipside, Office for iPad could potentially derail the entire Windows tablet initiative, taking down Windows 8 and Windows RT with it. If Office is available on rival platforms, customers will have little reason to upgrade existing PCs and will simply migrate to iPad, perhaps full-time. Arguably, Office for iPad would even help and accelerate this change. This is the opposite of good news for Microsoft, overall, and this is a tough time to stick a shiv in Windows 8, given how things went over the launch period.

It’s not an easy choice.

Office for iPad: Yes or no?