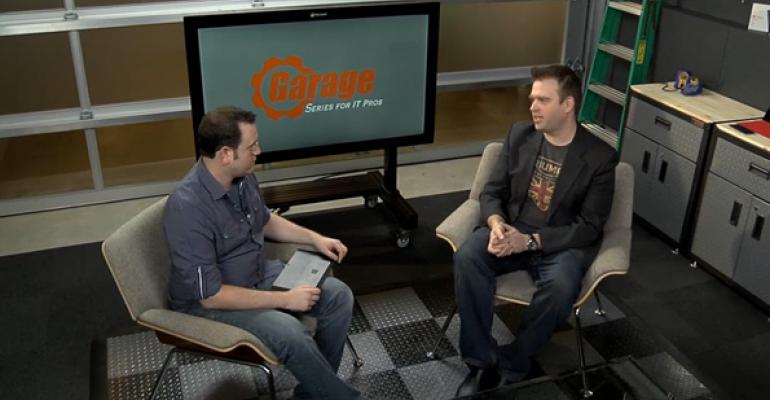 In the first full episode of Microsoft’s new Office Garage series, hosts Jeremy Chapman and Yoni Kirsh offer some introductory remarks about the new products and capabilities and step through some common misconceptions. If you’re an IT pro or simply want to learn more about Office, you don’t want to miss this.

One of the quotes at the beginning of the video cuts right to the heart of what I think is special about the New Office.

“This lays the foundation for a versionless world,” Microsoft’s John Jendrezak notes. And that’s exactly what’s great about the new Office infrastructure, where Microsoft has taken a traditional, locally-installed software product and, yes, reimagined it as a software service that can be updated continually, not just with bug fixes, but also with new features. And it’s still installed locally, and still has all of the management and deployment benefits of previous versions.

Likewise, a quiz about which Office versions can be used offline hits directly on one of the biggest misconceptions about the product, that the new, App-V-based Click-to-Run install process somehow results in a version of Office that needs an Internet connection to work. Not so: The resulting install of Office is virtually indistinguishable, on-disk, to one installed with a traditional, old-school MSI installer. Office is suddenly the ultimate hybrid software solution.

These two tidbits, presented in the first two minutes of this introductory video, nicely explain why I’m so excited by the Office Garage video series.

But there’s more, of course.

In addition to the versionless world we’re now entering with the New Office—which encompasses both the cloud-delivered Office 2013 suite and the new versions of Office 365—there are other non-subtle changes in this release that really set up Microsoft’s most valuable franchise for the future. The licensing changes from device-based licensing to user-based licensing. So with these new products, each user can install Office on up to 5 PCs/devices; today that means PC and Mac, but in the future, it could mean much more. As Yoni Kirsh notes in the video, “it’s a delivery mechanism and it’s a licensing mechanism” that’s changed, both for the better.

And then there are the things that are not changing. Office may be delivered to the desktop differently than before, but it’s still installed locally, with exactly the same offline usage as before. It’s still almost infinitely manageable and deployable by IT, though there are of course some new capabilities there as well.

Looking at why the New Office was designed the way it was, Jendrezak notes in a video interview that the goal was to make sure that Office was available to users no matter where they were or what device they were using at the time. “Just like you have email across all your devices, your phone, and your PC, we really wanted to bring that experience to Office,” he says. “You have Office across all of your devices, and all the circumstances you might be in, at work, on the bus, whatever.”

Check out the video for more. The series is available from the Office Garage site.