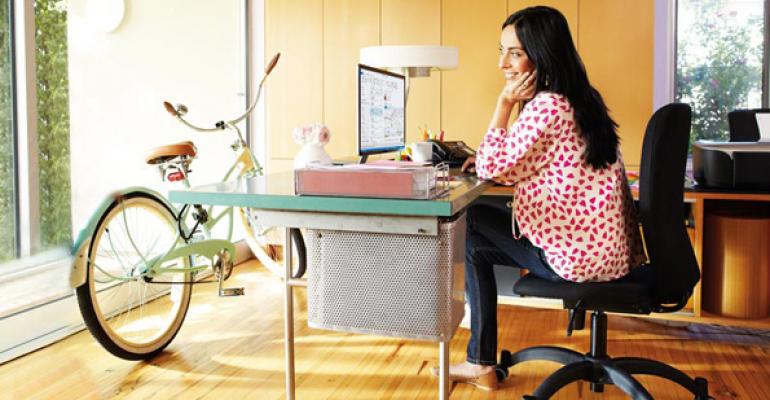 One of the seemingly confusing aspects of the business-oriented versions of Office 365 is a curiously named feature called SkyDrive Pro. But as it turns out, SkyDrive Pro isn’t all that confusing, and here Microsoft has simply reused a popular consumer brand, SkyDrive, in renaming a previous feature called SharePoint MySites.

While the decision to use the SkyDrive brand for a SharePoint feature is controversial and perhaps ill-conceived, it’s pretty clear why Microsoft did this: SkyDrive has gained a lot of traction in the past year and most Windows users understand that they can use this online storage service for free and even integrate it into their Windows file system using a sync application. And not surprisingly, SkyDrive Pro works the same way.

That said, SkyDrive Pro is not technically SkyDrive. That is, it does not utilize the same back-end technologies, at least not in the cloud, though it’s fair to say that the Windows sync application—which I’ll explain in just a bit—works much like that for SkyDrive.

Like SkyDrive, SkyDrive Pro offers 7 GB of storage to each user. This is a bump over the 500 MB of storage that Microsoft offered in SharePoint 2010 MySites. (And this 7 GB figure doesn’t eat into general SharePoint Online pooled storage.) That said, there’s not currently a way to increase SkyDrive Pro storage, as you can by paying extra with SkyDrive. Microsoft tells me it’s looking at changing this.

Like SkyDrive, SkyDrive Pro offers a nice web experience, and if you access your Office 365 subscription from the web, you’ll see that it identifies itself—confusingly—as “SkyDrive” in the main toolbar.

Like SkyDrive, SkyDrive Pro will soon be served by mobile apps on multiple platforms. This includes a SkyDrive mobile app for Windows 8, Windows Phone 8, iPhone, iPad, and, a bit later, Android handsets and tablets. (There is also a separate and related SharePoint newsfeed app for these platform as well.; the Windows Phone and iOS versions are available now.)

SkyDrive Pro: Like SkyDrive, it’s a web storage service, a mobile app, and a desktop sync application. But as far as users are concerned, it’s just “the place where my documents are.” You know, maybe the name isn’t so bad after all.