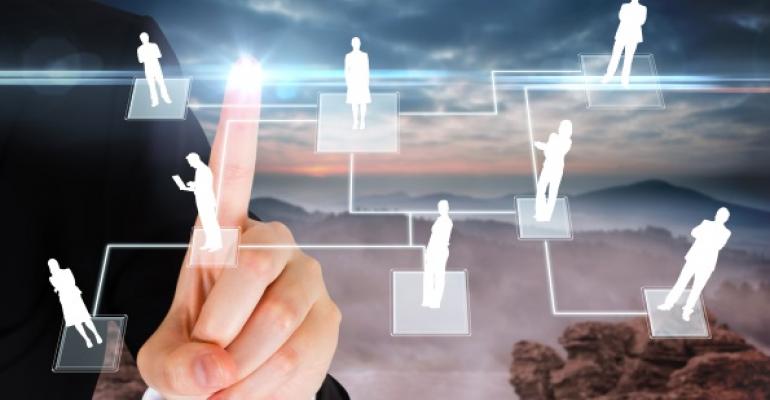 A must-have feature for email "pilers"

NB: As of May 2015, Microsoft has deprecated the People View feature in Office 365.

Microsoft has rolled out the new People View feature in Outlook Web App (OWA) for Office 365. It's an interesting technology that deserves some explanation about how the people (or correspondents) who appear in the view are selected and what the new feature is intended to do.

In some respects, the People View feature is similar to Outlook's search folders, which have been around for years. For example, when you click the Unread Mail search folder in Outlook, you see unread messages that exist in all folders in the mailbox. To make this feature work, Outlook performs a search on your behalf to build a view showing all the unread messages. You're unaware of the search because it happens automatically behind the scenes.

Similarly, People View is a set of views (one for each selected person) that's automatically built and updated by Microsoft Exchange Server based on the people with whom you correspond. Exchange makes its choice by observing your inbound and outbound traffic. It displays a list of the people with whom you interact most often and includes a count of unread messages from each person. If you click an entry in the list, OWA displays a view of all the messages that the person sent to you since People View was enabled (in my case, the middle of April 2014). The idea is that because these messages have come from a person who is important to you, they're highlighted in a way that makes the items much more obvious and quickly accessible.

The goal of People View and the new Clutter feature (another new feature available to users of OWA for Office 365) is to help users process large mailboxes much more efficiently. Both features filter items as they arrive in the Inbox. The Clutter feature removes unimportant items, whereas People View identifies and highlights email received from your most important correspondents.

The usefulness of People View and Clutter increases in line with the rate of messages received daily. If you receive only 5 to 10 messages a day, you probably don't need a lot of help to identify important messages in your Inbox. However, if you receive a couple hundred new messages each day, you might be grateful for some assistance to isolate the really important items from the flood of notifications, spam, company updates, personal chatter, and so on. Facing a large Inbox can be a depressing task, especially after you return to the office after an extended vacation—unless you wasted many precious hours of vacation time dealing with email just to keep the volume under control.

The accuracy of identifying important correspondents is much better when a large number of messages are processed. Again, if you receive only 5 to 10 messages daily, each message is likely pretty important—or at least it would seem to be in the eyes of a computer program attempting to separate the wheat from the chaff. But when there are 250 messages, better and more reliable connections can be made between the inbound and outbound traffic, enabling People View to better identify the correspondents with whom you communicate most often.

As you'll see shortly, People View is concerned more with the messages you send than those you receive because the messages you send are a more accurate indicator of a correspondent's importance. Anyone can send you a message (including spammers), but an explicit decision by you is required to respond.

Exchange uses a mailbox assistant to select the correspondents who appear in People View. Each mailbox on a server is processed daily, and the results are stored has a hashed property of the Inbox folder in the mailbox. The algorithm works as follows:

OWA is the only client that currently supports People View. The data is held in the mailbox so that other clients could potentially use it to build their own implementation of People View, but we'll have to wait for the next release of Outlook to see whether the feature shows up in the premier desktop client. On the mobile front, OWA for Devices does include People View but Exchange ActiveSync (EAS) clients do not. It takes time for mobile clients to be updated with UIs and protocols to support new features like People View.

When you fire up OWA, the names of your most important correspondents and a count of unread messages from these people automatically appear under the People label, as Figure 1 shows.

It's possible that you have no unread messages waiting you when you log on. In this case, People View displays up to five people from the top of the list of correspondents. This is done so that even users who receive a low volume of email get some value from the feature by having a quick search facility to find messages from frequent correspondents.

Users don't have to expend any effort to maintain their list of most important correspondents. A new ranked list of correspondents is constructed daily based on recent email traffic when a mailbox is processed by the mailbox assistant. This is a good thing because it means that the system adapts to changing circumstances in users' work life, such as when they transfer to a new business unit and gain a new manager, who then becomes an important correspondent.

When a mailbox is processed, the mailbox assistant:

The client then picks up the new list the next time it's opened or, in the case of OWA, the next time the browser window is refreshed.

Administrators have no control over the mailbox assistant. They can't access or otherwise interact with the set of ranked correspondents generated for a user. However, an easy way to check whether someone is in the set of important correspondents is to select one of his or her messages from the Inbox and mark it unread. This should force People View to display that correspondent in its list if that person is recognized as important.

Some Things to Understand

No feature is going to be perfect when it's first introduced. People View has some problems that might make its results hard for users to understand.

One flaw is that the algorithm doesn't keep track of individuals who are part of a group. For example, I send lots of messages to Paul Robichaux as part of the Exchange MVPs Distribution Group (DG). Paul often responds to these messages and sometimes those replies are important. However, because I sent the original message to Paul through the DG, the algorithm doesn't consider Paul to be an important correspondent, even if he always responds to the group messages. However, if I reply individually to a response that Paul sends, the algorithm will notice that he is a correspondent and consider him as a candidate for ranking.

Another reason why correspondents might not be ranked as high as you think they should be is if they send you email from multiple SMTP addresses. For example, let's assume that your partner sends you messages from his or her home mailbox as well as his or her work mailbox. You know that your partner has two mailboxes and that the messages from either mailbox should be immediately dealt with. However, the algorithm simply sees two messages from different SMTP addresses and therefore ranks them as two different people. There's no way to logically combine multiple email addresses into one virtual person in People View.

Remember that People View depends on reading correspondent information generated by the mailbox assistant. If OWA isn't refreshed, it won't pick up any changes made by the assistant. You also don't know what time the mailbox assistant will run to redefine your most important people list. However, most people restart OWA at least once a day, so this won't be an issue unless they remain logged on to OWA for days at a stretch. Anyway, users' most important people lists probably won't change all that often, so it wouldn't make sense to have clients refresh the lists more frequently.

If you're like me and "triage" messages as they arrive in the Inbox, you might find that the people listed in your views aren't those whom you expect. I only keep messages in the Inbox if I have a reason to do so (or I simply forget to delete them). Most of the time, I delete messages after reading them or move them to another folder. If I delete or move all the mail received from a frequent correspondent, that correspondent won't show up in People View.

For me to get most value from People View, I'd need to leave messages alone after reading them, thereby becoming a "piler" (those people who leave everything in the Inbox and rely on search to find items) rather than the "filer" that I've been for years. It's likely that the majority of today's users fall into the "piler" category because they were never exposed to the file cabinet-centric discipline of early email systems, so my insistence on filing is atypical. Given that it's hard for humans to break habits of a lifetime, it's unlikely that I will become a "piler" anytime soon. But that doesn't take away from the goodness of features built into email clients that reflect the way humans work.

The People View feature is stable and works for those users who receive a lot of email and need help to prioritize their Inbox. Unlike the Clutter and Delve (previously known as Office Graph) features, which depend on machine-learning technology, People View is built with reasonably straightforward code and is therefore a candidate to appear in the next major on-premises release of Exchange. To learn more about People View and see a demonstration of the feature in action, take the time to listen to the "Introducing the Personalized Inbox: 'Clutter,' People View, and Search Refiners" session from the Microsoft Exchange Conference 2014.