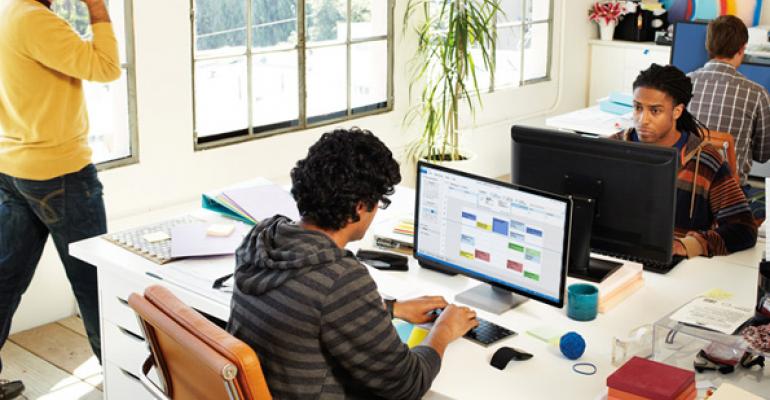 The New Office 365: What’s a Small Business to Do?

Microsoft now has two Office 365 offerings for small businesses, one that comes with Office 2013 and one that does not

As the patron saint of small business at Windows IT Pro, I figured I should chime in with a few thoughts about the expanded Office 365 small business offerings. You see, you now have a very interesting choice to make.

With today’s major upgrade of the service—my news story, Microsoft Launches New Office 365 for Businesses, is now available and a review is coming soon—the Office 365 services have expanded pretty dramatically. In addition to last month’s release of Office 365 Home Premium, the first version of the service aimed at households and individuals, Microsoft has now unveiled new business-oriented versions of the subscriptions complete with new Office services (Exchange, SharePoint and Lync Online), new Office Web Apps, and of course the new Office productivity suite.

There’s a lot going on.

The primary difference between the two is that Small Business Premium includes desktop versions of Word, Excel, PowerPoint, Outlook, OneNote, Access, Publisher, and Lync, or what is essentially Office 365 ProPlus minus some enterprise-oriented management functionality. This locally-installed suite is licensed for use on up to 5 PCs/devices per user.

Side note: While small businesses aren’t eligible for Office 365 Home Premium, it’s interesting to compare this offering with Small Business Premium. The former offers a shareable household license while the latter is per-user only. But the latter also includes superior Exchange, SharePoint, and Lync Online access, instead of relying out Outlook.com and SkyDrive. I’d say the price differential between the two is just about right, as is the market targeting.

Both include access to Exchange Online with 25 GB mailboxes per user and a custom corporate domain name. Both include SharePoint Online-based public and private (intranet) web sites, and 7 GB SkyDrive Pro (formerly SharePoint MySites) per user. Both include Lync Online-based instant messaging, HD video conferencing, screen sharing, and meetings. And both come with 99.9 percent uptime guarantees.

Put simply, access to what is essentially Office Professional Plus 2013 (or “Office 365 ProPlus”), the locally-installed, full-functioned office productivity suite, will cost you $9 extra per month per employee. That’s $108 per year, less than the annual cost of Office 365 ProPlus ($144). Those with Office can of course simply forge ahead with Office 365 Small Business. But Office 365 Small Business Premium, like the consumer-oriented Office 365 Home Premium, represents a particularly good deal, I think, especially when you factor in the benefits of quarterly updates—to both the services and the locally-installed Office suite—and the amazing benefits of such a full-featured Office version.