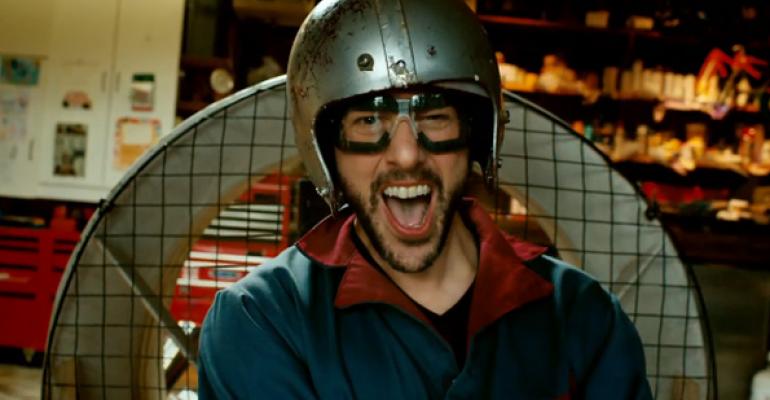 Users of Microsoft technologies have found themselves in unfamiliar territory over the past year as the erstwhile software giant moves surprisingly quickly to replace old technology products and services with new ones. If you are a user or fan of such things as Zune, Windows Live Messenger, or Hotmail, you know what I’m talking about. And the level of pain you’re feeling is going to vary according to how well Microsoft manages those transition, and how well you can handle change.

Zune, Windows Live Messenger, and Hotmail aren’t the only examples of Microsoft technology transitions we’re currently undergoing—arguably, the hybrid Windows 8 OS is the poster child—but they’re timely and representative of the sweeping changes that are now shaking the Microsoft ecosystem to its core. If you’re used to thinking of Microsoft as slow-moving and behind the times, think again. Some of these transitions are going to be difficult.

In fact, we can neatly divide these three transitions into good, bad, and ugly. Since I hate to leave things on a down note, let’s do them in reverse order.

Windows Live Messenger has evolved into a heavy pig of an instant messaging client with tons of superfluous features no one wants. But it’s core uses—text-based IM and file sharing—have never been less than excellent, and for the hundreds of millions of people who use it—including me, Mary Jo Foley, Rafael Rivera, and many others in the Microsoft sphere—it’s the go-to choice for quick interactions. And now it’s going away. And what Microsoft is replacing it with, the horrible Skype client, is even worse.

I’ve written about the mess Microsoft created—by allowing Skype to operate as an independent entity and by pushing Windows Live Messenger users, and all Messenger service users, to Skype whether it’s ready or not—in Microsoft Sticks a Skype-Shaped Dagger in Messenger. And I’ve tried the pragmatic approach by making this transition early myself and providing Skype Switcher Tip: Use Compact View to help others make the move. Truth is, it doesn’t work. Skype is simply not acceptable for IM, and it doesn’t play well with the Messenger network.

According to Microsoft, the transition is this easy:

But it’s not, and anyone who actually tries to use Skype as a Messenger replacement will discover as I and others have, that things simply stop working behind the scenes. Your contacts disappear. You appear offline to them. Messages are never delivered. A train wreck, basically.

Skype offers a few places to go for help as well:

I used to use Messenger, what do I need to know about Skype for Windows desktop?

What happens when I merge my Skype and Microsoft accounts?

What happens to my contacts when I merge my Skype and Microsoft accounts?

While Zune started off as a horrible, misguided mess with a weird reskinned version of Windows Media Player for a client and the strangest hubris-laden launch I’ve ever witnessed out of Redmond, it quickly settled down and became an excellent iPod/iTunes alternative. In fact, over each generation of Zune, there were decided advantages to the Microsoft platform when compared to Apple’s, including an excellent subscription music service, Zune Music Pass.

So while Zune’s adherents continue to cling desperately to the last vestiges of this dying platform, the Zune brand somehow emerged as a kind of joke to those who don’t know better. So Microsoft has replaced the brand with Xbox, and has replaced the entertainment services with the Xbox Music and Xbox Video services. As I’ve been documenting via Xbox Music Book and a series of Xbox Music feature focus articles, however, Xbox Music is a mess. And it’s going to be an ugly transition.

If you try to visit the Zune web site, you’ll be directed to a support/maintenance page on the Xbox web site, which has a link to download the Zune PC software (still required to sync Zune devices and Windows Phone 7.x handsets) as well as various FAQs, support, and account management facilities.

Of the three transitions noted here, this one is generally the easiest and is arguably even desirable. Starting immediately, Microsoft is transitioning Hotmail users to the new Outlook.com user experience, so you can wait until that happens or you can simply login to Outlook.com with your Hotmail (or Live.com or MSN.com) email address and start using it immediately. You won’t be disappointed: Except for the Calendar experience, which still looks and works like the old Hotmail version, Outlook.com is a beautiful, efficient solution for email and contacts management, and it’s one that I use every single day.

I’ve written a lot about the Outlook.com migration, but the obvious place for switchers to start is Outlook.com Tips.

If you’re looking to Microsoft for help, you should start with Outlook.com Support. Here, you’ll find answers to frequently asked questions about Mail and People, and a link to what is perhaps the most pertinent FAQ, My Hotmail account was upgraded to Outlook.com. You can also check to see whether everything’s running normally at Microsoft’s service status page.

We’re in brave new world territory here, there’s no doubt about it. Hopefully, with the passage of time, and new versions of the software and services we’re being pushed to whether we want it or not, the rough patches will be ironed out and we can move forward. Until that happens, expect a lot of complaining, though it’s worth noting that there are harder transitions awaiting some. Just wait until Windows XP drops off the face of the earth in April 2014. Now that one is going to be entertaining.