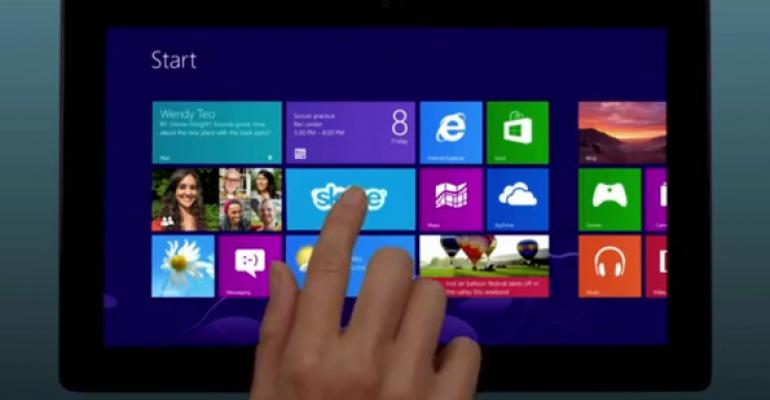 Skype is a train wreck that only Microsoft can stop

Well, it’s been a rollercoaster couple of months in the drama that is Microsoft’s decision to replace Windows Live Messenger with Skype. But this week, the firm dropped a bombshell on us: It’s going to replace Messenger with Skype before even pretending to update the utterly terrible Skype client to meet the instant messaging prowess of the application it’s replacing. I can’t stress this enough, folks: Skype is broken. And Microsoft is about to ram it down our collective throats.

You’ve perhaps heard the phrase “the inmates are running the asylum.” In this case, the inmates are running Microsoft’s newest division, called Skype. And they’re running it like an independent entity, one which acts without any apparent corporate oversight by Microsoft—which paid an incredible, unprecedented price of $8.5 billion for Skype—and appears to have free reign to do what it wants, regardless of the outcome.

This isn’t just wrong, it’s criminal. And it’s time for Microsoft—which, again, paid for Skype, not vice-versa—to put the clamps on and turn this wretched piece of software into something that actually works. Clearly the folks running Skype have no clue how to make that happen.

But let’s not get ahead of ourselves.

You may recall that Microsoft that announced in November that it would eventually be replacing Messenger with Skype. Then, in January, Microsoft announced that Messenger—the network and the client—would be shut down on March 15, quite a bit earlier than originally expected. This was troubling because Skype, put simply, is an absolutely horrific instant messaging (IM) solution, and Microsoft/Skype (it’s hard to know who’s really running things over there, again) had no plans, public or private, to fix the Skype client by March.

Right after that second article appeared, Ars Technica’s Peter Bright asked Microsoft for clarification, as he correctly found Microsoft’s decision to shut down the entire Messenger by March to be quite insane. So has asked about. And Microsoft told Peter that, no worries, only the Messenger client would be shut down immediately, and the Messenger network would be gradually turned off over a year.

Whoever told Peter that either lied to him or was seriously misinformed. That is not true.

Now, the Messenger client will be completely shut down by the end of April. The shutdown will start on March 15, as previously announced, but that gradual turn off will occur over six weeks, not one year.

The only good news, such as it is, is that this schedule applies “only” to the Windows desktop version of Windows Live Messenger, or as Microsoft describes it, the "vast majority" of the Messenger user base. Those who access Messenger through third party clients like Trillian or Digsby will be able to continue doing so … for a little while. No word yet on a definitive date, but it won’t be a year. Think short-term. A couple of months, tops.

Mary Jo Foley has a lot more about this new schedule in her post, Microsoft updates timeline for moving 'millions' from Messenger to Skype. But what really sets me off is that Skype is not ready. Hell, Skype isn’t even reasonably good software. Let me be clear. Skype is one of the absolutely worst instant messaging solutions I’ve ever used, and after switching to Skype a month ago so I could experience this switchover firsthand ahead of normal users, I can tell you this: Skype is so abysmally bad at instant messaging, so utterly incapable of correctly interacting with my Messenger presence/availability and contacts—all of whom report that I was constantly “offline” when I was not—that I can reasonably predict an absolute disaster when this switchover becomes mandatory. It’s going to be a train wreck.

I have two pieces of advice for Microsoft.

Two, this is your fault. Fix it. Take the reins on Skype, take them away from whoever is telling you that the Skype client is even passingly acceptable to replace Messenger. They are lying to, incompetent, or both. Skype needs to be taken in-house and fixed. And that needs to happen before you even think about abandoning Messenger.

PS: The fast-track Messenger death schedule isn’t the only news that came out of Skype on Friday. The company/completely independent subsidiary of Microsoft also released a new video-messaging capability for Skype … that works only on the iOS, Mac and Android versions of Skype. The Windows versions of Skype will get this new functionality … in late April. In two months. Windows Phone users will be lucky to see it by Windows Phone 9, if I understand how that schedule works. “Completely unacceptable” doesn’t even begin to describe this situation. Microsoft? I’m begging you. Wake up.