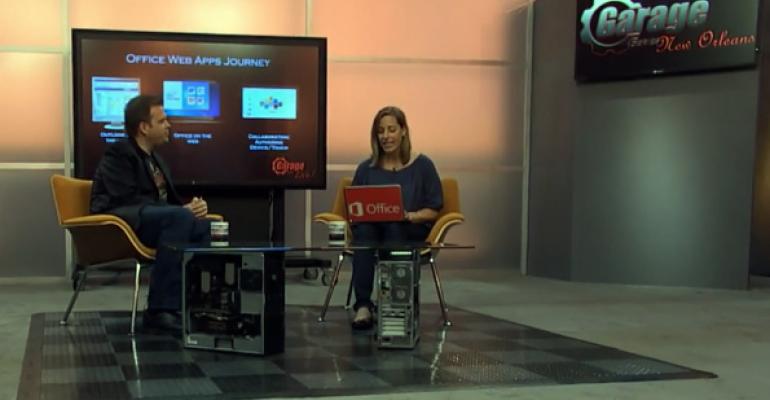 Web-based Office is about to get even more powerful

This week, Microsoft offered a preview of the coming real-time co-authoring feature for its Office Web Apps, which will further extend the web-based productivity suite’s functional lead over competition like Google Docs. This new feature will let co-authors see each other’s changes immediately, as they occur.

The Office Web Apps provide web-based versions of Word, Excel, PowerPoint and OneNote, and are available via SkyDrive and Office 365. And business versions of Office 365 also get the Outlook Web App, of course.

Microsoft announced last month that it would add real-time co-authoring functionality to Office Web Apps, as well as enable document editing from Android-based tablets. (You can already edit documents in Office Web Apps with the iPad and, of course, with any Windows-based tablet.) At the time, the firm said the updates would arrive “in the coming months.”

We’re still waiting, but this week’s preview provides a glimpse at what real-time co-authoring will mean to users who collaborate with others on Office documents. In a video that was shot on location during TechEd in New Orleans last week, The Office Garage’s Jeremy Chapman, Office Web Apps senior product manager Amanda Lefebvre, and OWA engineering lead Dan Zarzar explain Microsoft’s plan to “bring more of Office to the Office Web Apps, making it easier for users to start and finish projects in the web.”

Basically, Outlook Web Apps real-time co-authoring takes advantage of modern web technologies to do exactly what you’d expect: Allow two content creators to simultaneously edit an Office document, using any combination of native Office applications and the Office Web Apps. As one person types changes, those changes appear immediately—in “real-time”—in the document the second person is editing. There’s no need to hit Save and wait for the changes to refresh elsewhere.

Looks great to me. I can’t wait for this change to appear.