/sites/all/themes/penton_subtheme_itprotoday/images/logos/footer.png
Recent
Recent
Why Connectivity Makes Work From Home a Work in Progress
Sep 28, 2022
Darktrace CEO Says ‘Unfounded Criticism’ Is ‘Deeply Frustrating’
Sep 28, 2022
How to Decide if Your IT Department Needs an AV Expert
Sep 27, 2022
BlackCat/ALPHV Gang Adds Wiper Functionality as Ransomware Tactic
Sep 27, 2022
Featured
6 Tips for Controlling Your Cloud Costs in a Recession
Sep 12, 2022
How Inclusive Machine Learning Can Benefit Your Organization
Sep 14, 2022
How to Install Docker on Ubuntu
Sep 20, 2022
Google Apps vs. Microsoft Apps: Which Do Young People Like More?
Aug 26, 2022
News Briefs
brought to you by
End-User Platforms>Office 365

Microsoft Launches Set of Free Collaborating Tools for All 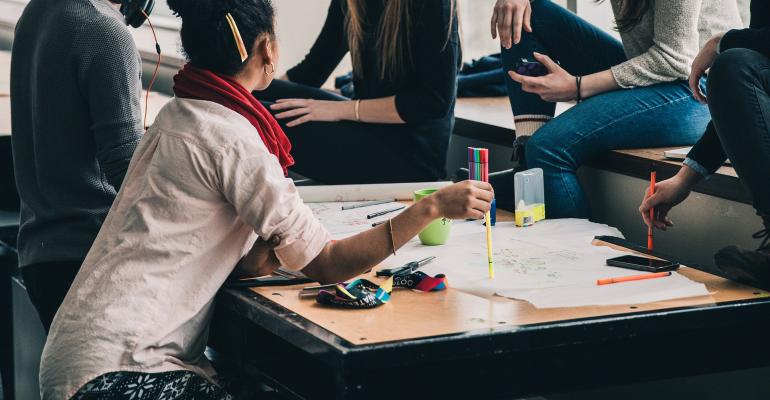 Start Slideshow ›
Microsoft unveiled a free version of Microsoft Teams and a new Whiteboard app. This pair of apps creates a set of collaboration tools that will push productivity forward for many users. Also this week: news about updates to Microsoft 365 that will enable live events across an organization and new analytics to help workers improve their productivity by learning more about how they use their time.

Microsoft will be looking to inspire their vast network of partners next week in Las Vegas as the company hosts their annual partner conference – Inspire. There's a focus this year on collaboration tools. (See our Also section for Microsoft's recent kudos in this space.)

After launching their Microsoft Teams service for Office 365 subscribers last March, many have been waiting for Microsoft to launch a free version of the service. That wait is now over. Microsoft made the news official yesterday: There will be a free edition of Teams, with these capabilities:

-- Up to 300 members/guests allowed per team
-- Unlimited chat, search and app integrations
-- Integrated audio and video calling (1:1, small groups or full team)
-- 10GB of storage per team plus 2GB of personal storage per member
-- Built-in Office Online (Word, Excel, PowerPoint) plus SharePoint and OneDrive
-- Works with members/guests from inside and outside an organization
-- Global availability in 40 languages

Microsoft stated that this version of Teams will pretty much mirror most of the features in the paid version except for those items that require an Office 365 subscription to access that data/service. The sign-up process for a free Microsoft Teams site took me less than five minutes to get through before I had a site up and running. Customizations, adding app integrations and inviting members can then be done at your leisure.

Check out the gallery with this article to see that sign-up process.

-- Microsoft 365 will offer Live Events with Microsoft 365, so a presenter can broadcast video and other content to a large audience of viewers. Live Events will have Q&A, captions, desktop sharing, chat and on-demand viewing options. Events will be accessible for viewing in Teams of course, plus Stream and Yammer.

-- Microsoft 365 will be using Workplace Analytics to help users optimize time management: offering ways to block out time for focused work, suggestions to coordinate with others for meetings, and nudges to avoid sending coworkers after-hours emails.

-- The PC and tablet market is estimated to decline 1.2 percent in 2018, while the mobile phone market is on pace to record an increase of 1.4 percent, according to Gartner. The analyst firm wrote, "[We are] witnessing business demand migrating to high-end PCs such as ultramobile premium devices, where value is seen as higher. Gartner estimates shipments of ultramobile premium units to increase by 12 percent in 2018."