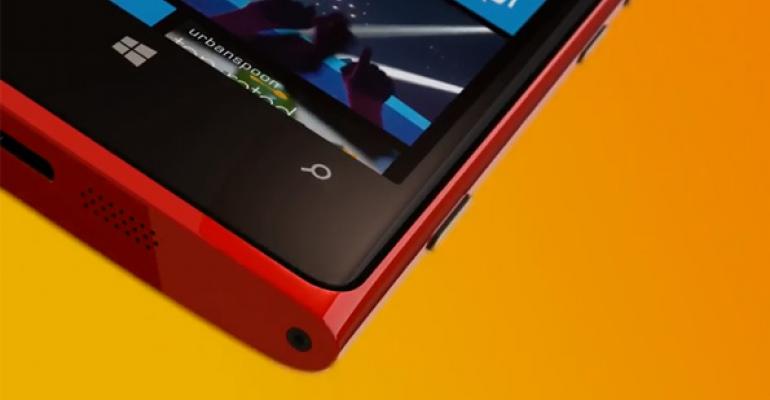 It may be incessantly mocking Apple’s oft-derided Siri voice recognition feature, but behind the scenes Microsoft has been working to add similar functionality to Windows Phone. And this week, the firm revealed how this work has improved the voice search and voice-to-text features in Windows Phone without requiring any updates to the handsets.

As any Windows Phone fan can tell you, Microsoft’s latest smart phone platform actually has had voice features since the 2010, far longer than Siri’s short lifecycle. (And of course, Microsoft offered similar functionality on Windows Mobile before that using an add-in app.) But to be fair to Apple, Siri has always offered broader voice capabilities than what’s possible in Windows Phone. And though Siri is relentlessly criticized for not living up to Apple’s hypetastic promos, Apple has indeed steadily improved the feature too.

But back to Windows Phone. This platform offers two basic voice capabilities: Voice search and voice-to-text. Voice search works via the Bing experience, triggered by the hardware Search button that’s found on every Windows Phone handset. And voice-to-text works in a few key scenarios, like Messaging (where you can “speak” a text message) and Mail (ditto for email messages). They’re not complete end-to-end experiences, but they do work.

I’ve written about these features in Windows Phone Book (final name: Paul Thurrott’s Guide to Windows Phone 8), my nearly complete eBook about Windows Phone 8. (You can download the latest in-progress version in PDF form here.) As noted, they “work” but are pretty limited, I think.

Or, I should say, they’ve been pretty limited. According to a new post to Microsoft’s Bing Search Blog, Microsoft has been working behind the scenes to improve the Bing technologies that power Windows Phone’s voice features. And the results appear to be pretty impressive.

“Over the past few weeks, we’ve been rolling out updates to Windows Phone customers, to improve the speed and accuracy of voice to text and voice search,” the Bing Search team notes. “Now when you compose a text message or search using your voice, Bing will return results twice as fast as before and increase accuracy by 15 percent.”

Granted, Microsoft isn’t going to win any points on presentation, and Windows Phone still lags behind Siri in the voice control arena, despite Apple’s own issues. Still, giving the difficulty/impossibility of updating in-phone experiences on Windows Phone, I’ll take whatever I can get.