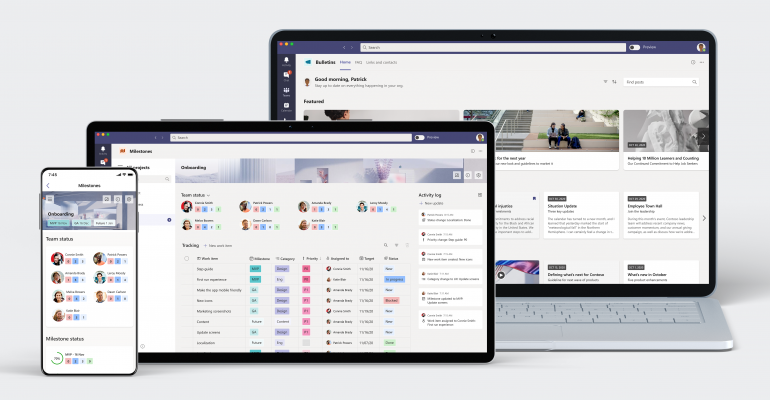 Software as a service (SaaS) drives a steady stream of new Microsoft 365 feature updates every month for subscribers of Microsoft’s productivity suite of software. Here are some of the latest updates heading out to Microsoft customers.

Microsoft continues to invest heavily in its subscription-based productivity software suite, Microsoft 365, which is interconnected extensively to the company’s cloud services for maximum accessibility across a wide range of devices. That investment ensures that a steady stream of Microsoft 365 feature and update enhancements roll out each month.

IT should monitor the updates to identify new features or capabilities that will directly impact their organization’s workforce. While most features will be either useful or innocuous, there will be some that a company will want to postpone implementation of.

Evaluating these new Microsoft 365 features within IT will be critical to successfully managing and deploying them across the entire organization.

Here is a rundown of the latest lineup of updates, services and new features coming to the Microsoft 365 software and service package.

Earlier this month Microsoft reminded its customers that Microsoft Edge Legacy would be removed from its Windows 10 operating system beginning with updates in April. It will be replaced by the new Microsoft Edge web browser, which is based on Chromium.

The company’s Internet Explorer 11 web browser, which was initially released in October 2013, will also no longer support Microsoft 365 apps beginning on Aug. 17.

Organizations should start planning their migration to the new Microsoft Edge, which is Microsoft’s recommended browser for Microsoft 365 apps, or to another compatible browser such as Mozilla Firefox or Google Chrome.

Microsoft To Do iOS 14 Widgets

Microsoft To Do widgets on iOS14

Now that Apple has launched iOS 14, three new home screen widgets are also available to assist in tracking all the items on any Microsoft To Do list.

The three new widgets include views of My Day, which shows all pending tasks for a given day; a general Tasks list of all task items; and an Add Task widget to easily add new items to a Microsoft To Do task list.

This Microsoft 365 feature simplifies the process of accessing, reviewing and maintaining critical tasks while using a mobile device.

Availability: These widgets are available in the latest Microsoft To Do app update in Apple’s App Store. 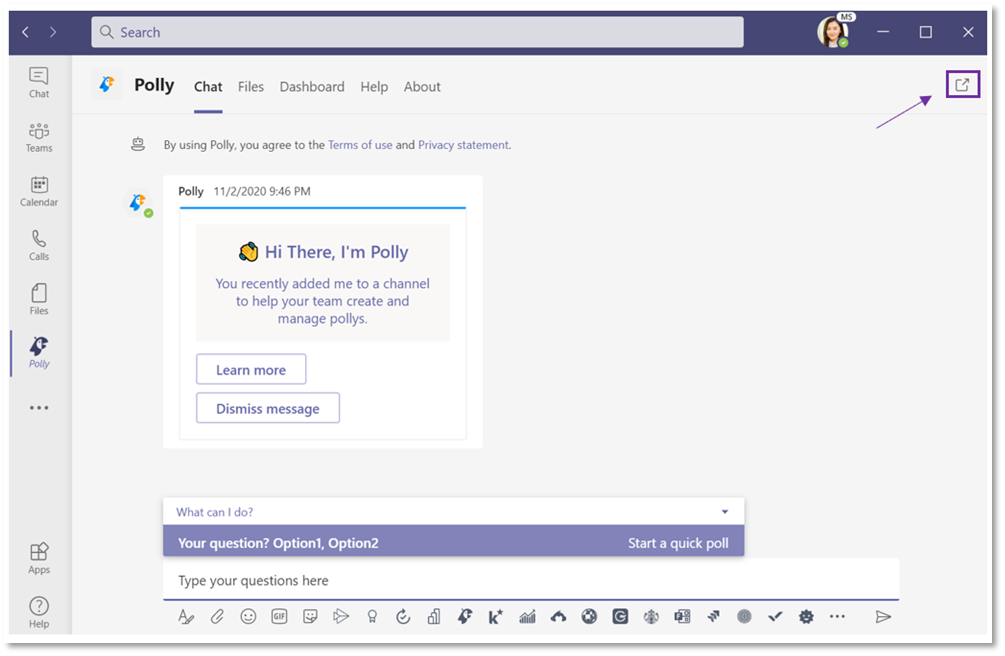 As Microsoft continues to make Teams the centralized hub for all things productivity, the pop-out tabs and apps feature will enable viewing of multiple apps and tabs at one time. Previously, users had to switch between a single-window view of apps and tabs across a Microsoft Teams channel.

One of the scenarios this Microsoft 365 feature update should prove beneficial for is when a team is working on a low-code/no-code app in Teams and also engaged in a Teams call to discuss and collaborate on that coding project. Pop-out tabs and apps mean each user can open both items at the same time as they discuss and work on the project.

Availability: This feature is now generally available within Microsoft Teams. Expect more apps to add this functionality as they are updated in the Teams app store. 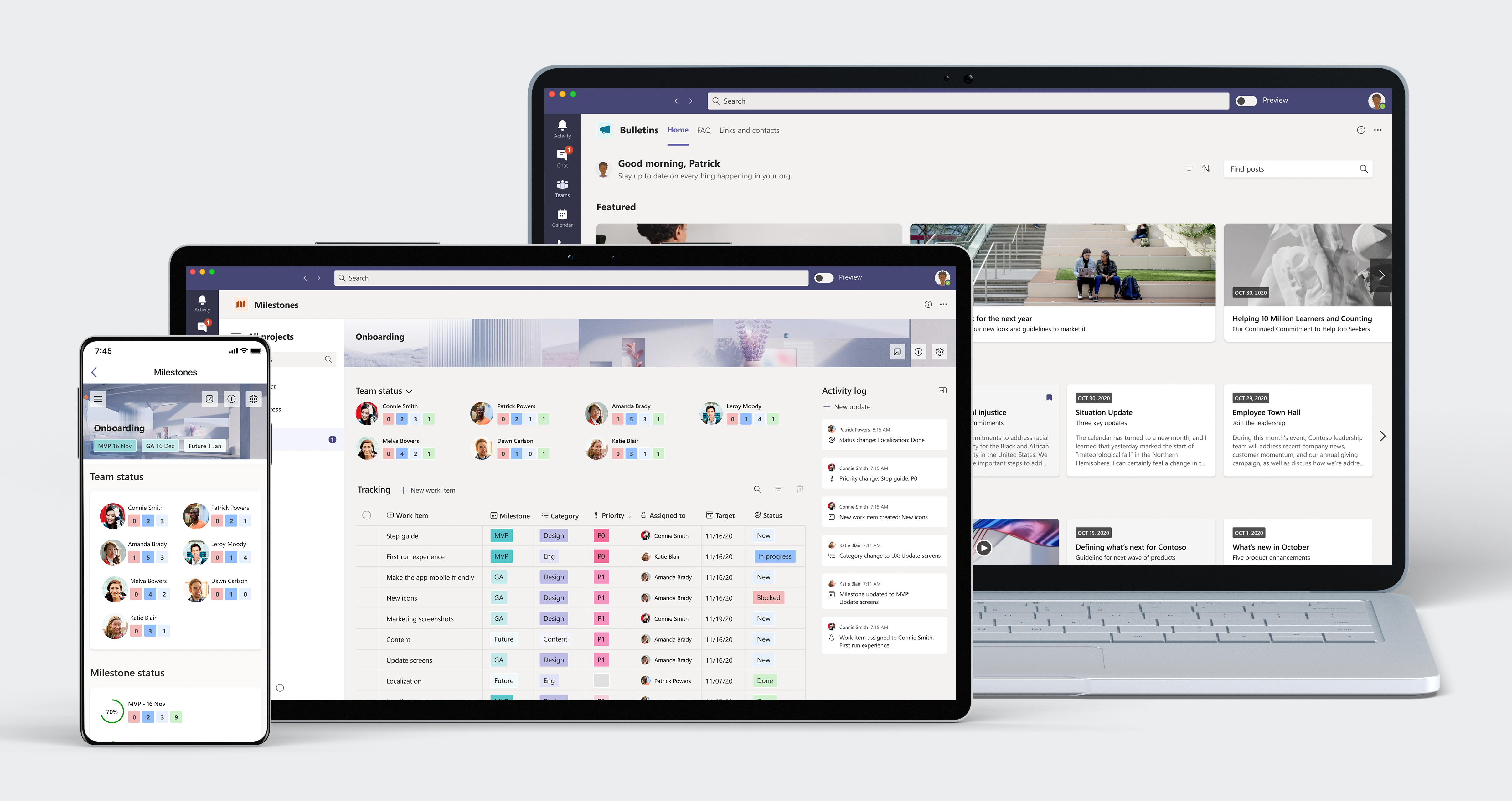 However, these solutions do not just have to address workflows but can enhance communications within teams.

With low-code/no-code roots, they are extensible and customizable for a specific organization by any citizen developer using Power Apps.

Availability: Both of these new apps are already available in the Teams app store.

Any Microsoft 365-based organizations desiring to begin the rollout of Microsoft Lists can take advantage of an entire portal dedicated to this process.

The adoption portal for this Microsoft 365 feature includes tools and documents to accomplish this through the use of:

The process of rolling out any new app or service is critically dependent upon bringing users onboard early with awareness and training that encourages full adoption of the tool by understanding the value it adds to an organization. The Microsoft Lists Adoption portal enables that process by providing key resources to help ensure success.

Availability: The Microsoft Lists Adoption portal is already available for public use.