Meet Your Microsoft To Do List Tool: Microsoft Lists 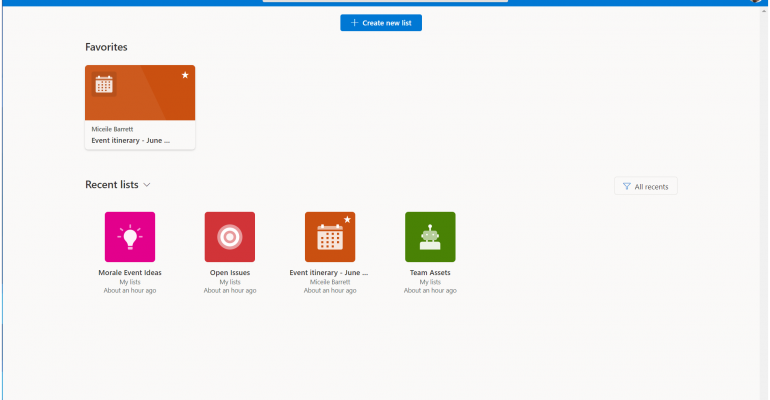 Start Slideshow ›
Microsoft Lists is an evolution of the list building capability that has been in SharePoint for 20 years, spun off into a tool that makes the creation and management of team’s tasks simpler and more robust.

Microsoft To Do List apps have been around for many years – because Microsoft’s users have been making lists with software like Microsoft Excel and Microsoft Access long before someone thought to spec out a tool specifically built for creating and managing lists.

SharePoint has had a list building capability for the last 20 years. Although Microsoft introduced its To Do List app in April 2017, which can be used by enterprise customers, there has been a need for an even more robust and flexible list solution to help with enterprise task management. That is where Microsoft Lists comes in, building upon the 20-year legacy of SharePoint Lists to move your organizations task management into the future.

Microsoft Lists is intended to go beyond the more basic Microsoft to-do list apps and give users complete flexibility in the creation, use and management of lists covering a range of uses from the simplest of item check-off lists to complex event management. According to Microsoft, the new Lists service can be used to track:

The uses for Microsoft Lists are quite extensive and with the customization options, you can track or add just about any piece of information about your project/tasks:

New Microsoft Lists can be created from scratch, imported from an Excel spreadsheet, or even use an existing Microsoft to-do list to start a new set of items. This would be handy for tracking variations of an existing project.

Microsoft Lists fully supports custom rules that allow you to configure notifications and updates to team members as items are updated in any Microsoft list.

Microsoft 365 tenants can expect Microsoft Lists to start rolling out later this summer. This slidesow explores the main features and prompts within Microsoft Lists.