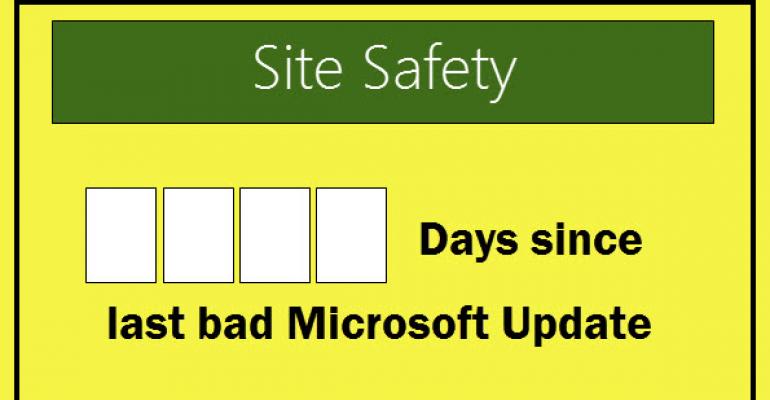 As most of you know, the last round of Microsoft Office updates were a mess. Many had to be fixed and reissued, but the fixes came within a few days. One of the very first issues identified during that Patch Tuesday was an update that, when installed, would cause content in the Folder Pane in Outlook 2013 to vanish. The only solution was to uninstall the patch. Microsoft pulled the update on September 11, 2013. You can read about that HERE.

15 days later, Microsoft has issued a fix. This fix is new and not intended to replace the original update, KB2817630. In fact, the new KB Article states that:

This update does not replace any previously released update.

So, this looks to be an add-on fix for those who somehow still have the original, broken update still installed, since the original was pulled a couple weeks back. There appears to be no prescriptive guidance as to when to install this update, so it's hard to tell. Hopefully, we'll see clarification shortly.

The KB Article (KB2825632) describes the fix but offers no download link. Instead it directs you to download the patch from the Microsoft Update web site.