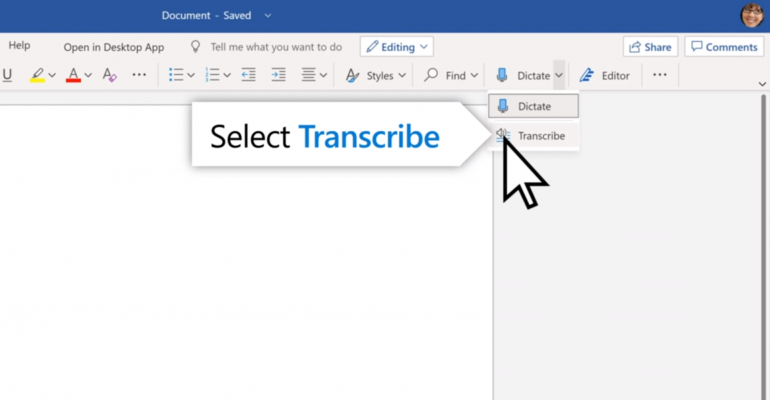 AI and ML have enabled an entire service industry for the transcription of audio recordings. Microsoft now joins the market by taking the AI/ML experience in Azure Cognitive Services and applying it to Transcribe in Word, Microsoft Word's new transcription feature.

Transcribe in Word supports a variety of file formats which contain audio including .mp3 (compressed audio), .wav (uncompressed audio), .m4a (lossless compression), and .mp4 (audio/video) files. These individual files must be 200mb or less to upload through Word for the web for transcription. Microsoft states the service is supported in their new Edge web browser, based on Chromium, or in Google Chrome.

Here, we break down how to use the Microsoft Word transcription feature and we test its accuracy.

The Microsoft Word transcription service itself is very intuitive and easy to use. After opening the online version of Word, on the right side of the main toolbar find Dictate and click on the down arrow to see the Transcribe option. 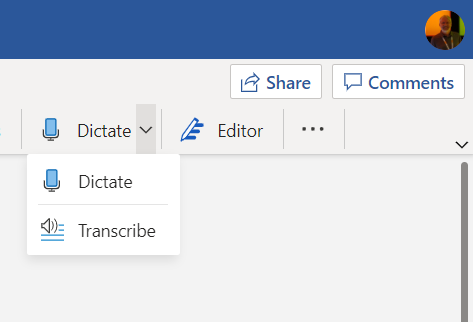 After clicking on Transcribe, there are two options available: 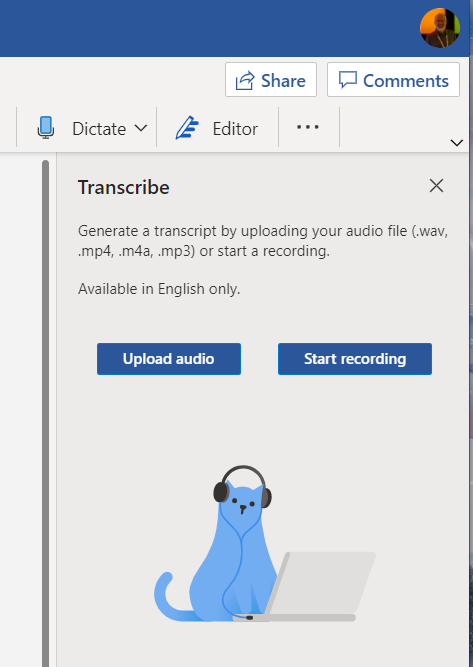 Transcribe in Word can use pre-recorded audio or record audio live.

If an existing audio recording will be used, then select Upload audio. To record audio directly in Word for the web, select Start recording.

Note: Existing and live recorded audio files are uploaded to OneDrive for processing. 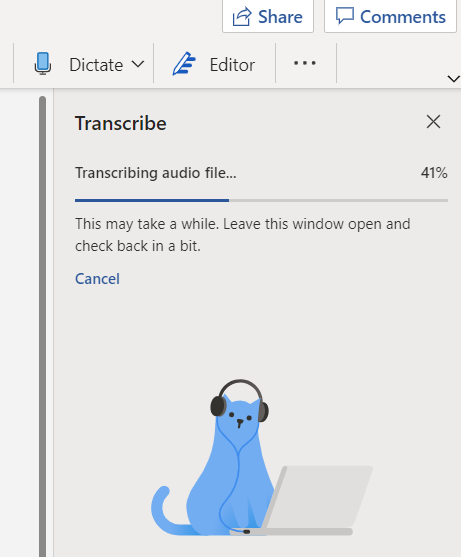 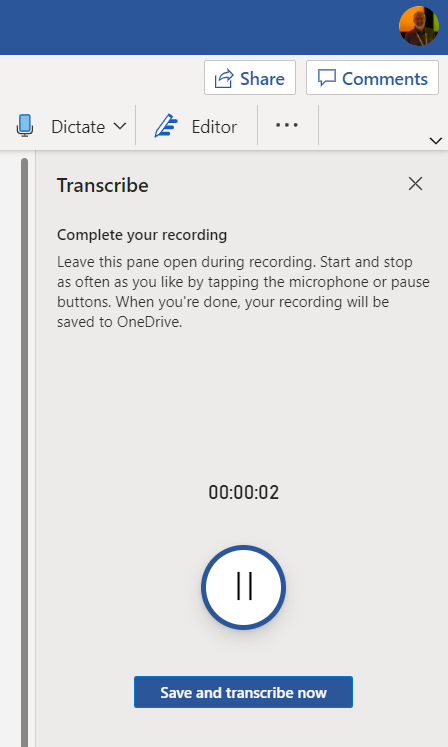 Once either of these processes are complete, the transcription will be laid out in the right-hand column of Word for the web. The results for pre-recorded audio and live audio are both the same. 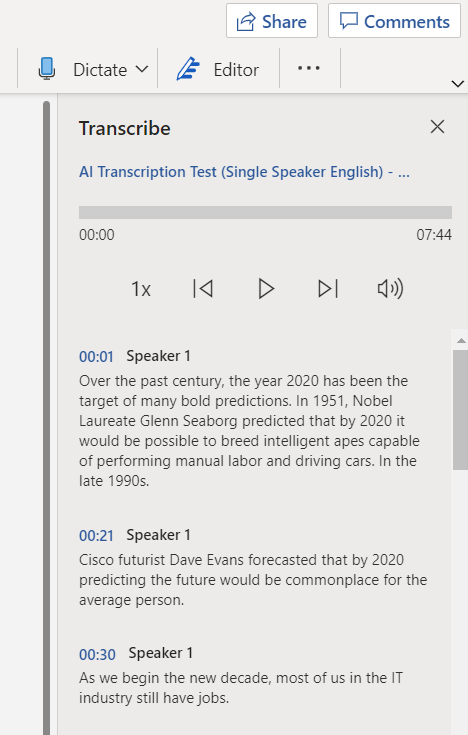 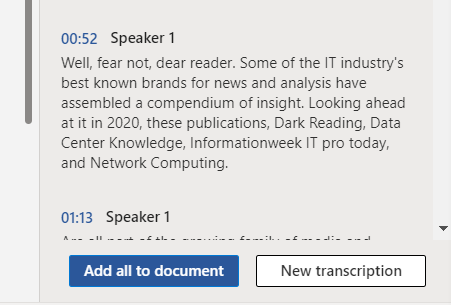 Options in Transcribe in Word to add entire transcript to a document. 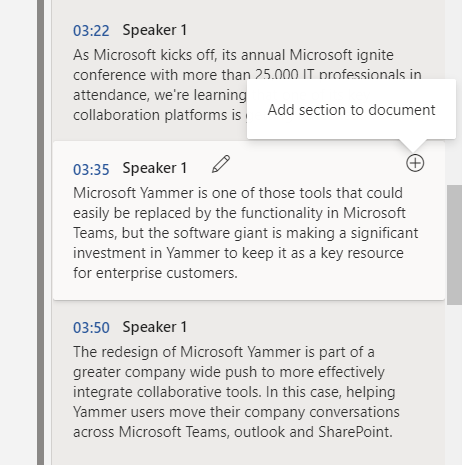 The option to add an individual element of the transcript to a document.

For an accuracy test, using sections from past content published here at ITPro Today, we ran a script created with about eight minutes’ worth of random paragraphs. The total word count was 1,049. This was then recorded into an .mp3 file which was subsequently uploaded in this Microsoft Word transcription service.

The resulting transcription was cleaned up to remove time marks, speaker labels, and other insertions relating to the transcription. It was then formatted to match the original scripts paragraph layout for easy comparison.

Using Word’s comparison feature on these two documents, it indicated 178 differences, marked as revisions in the screenshot’s sidebar below. 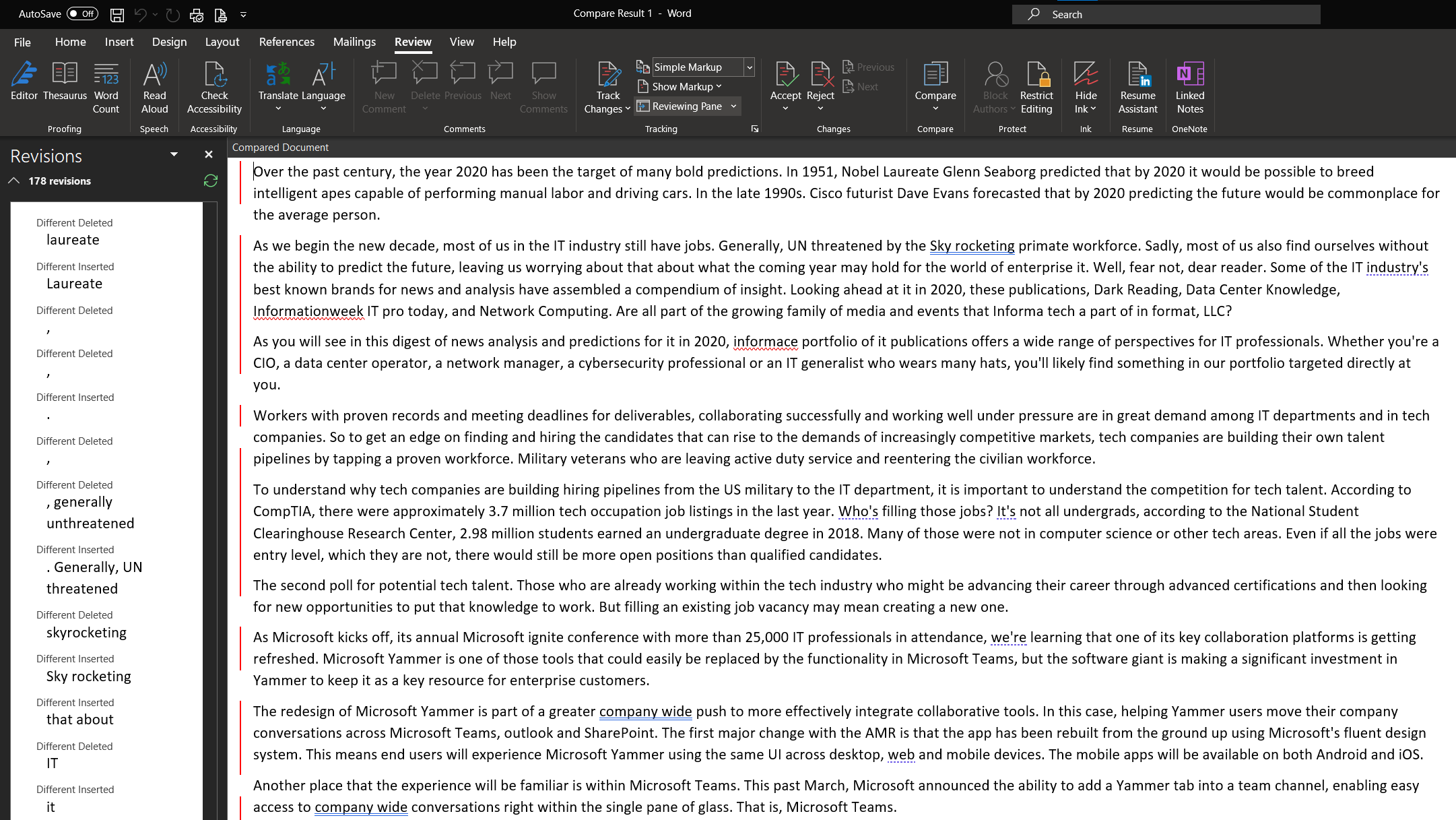 Comparing the original document against transcription of that document from an audio recording.

Many of the differences were minor. Quite a few were punctuation related, or simple misunderstandings of a word as it was spoken.

This is a word for word, punctuation for punctuation comparison so it has a high number of indicated differences between the two documents. For most transcription jobs, there will just be the transcript of spoken voices and not an original script for comparison.

That alone will make Transcribe in Word a time saver for anyone whose job requires them to take meeting notes or transcribe recorded phone calls or interviews.