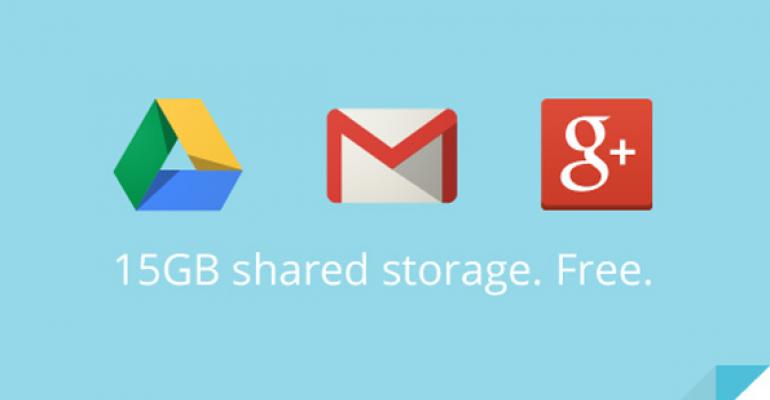 Google today announced that users of its free Gmail, Google+ Photos and Google Drive customers will receive a combined 15 GB of storage which they can split as needed between the three services. This offering somewhat exceeds the 7 GB of free storage that Microsoft provides to SkyDrive users. Did Google just one-up Microsoft?

That depends on how you use these services.

Previously, Google offered 10 GB of storage for Gmail and 5 GB for Google+ Photos and Drive. The new limit combines the storage across the three services so it can be allocated as needed.

Microsoft offers only 7 GB of storage for free SkyDrive users (which is used for both photos and documents and is thus the equivalent of Google+ Photos and Google Drive. If photo and/or document storage is the issue, Google did just pull ahead.

But Microsoft doesn’t have a storage limit for Outlook.com, its Gmail alternative. That service “includes email storage that expands to provide you with as much storage space as you need,” according to a Microsoft support document. “Your inbox capacity will automatically increase as you need more space.” So if email is the issue, Microsoft comes out ahead.

Frankly, both companies offer reasonable deals of additional storage. So I still don’t recommend switching to Google if you’re heavily invested in the Microsoft ecosystem. Besides, maybe this change will trigger a similar change at Microsoft.