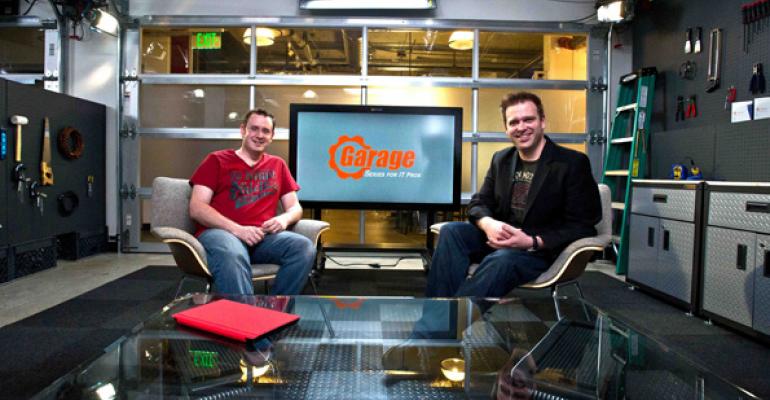 An awesome new video series to help IT pros manage, deploy, and maintain the New Office

Starting next week, Microsoft will be providing IT pros with an amazing series of videos aimed at getting them up to speed on the New Office while dispelling some myths along the way. The early peek I got looks amazing, and I recommend tuning in each Wednesday as new videos are posted. I’ll certainly be doing so.

Currently, Microsoft has video episodes racked up into June, and if it’s as popular as I think it’s going to be, there are plans for more. The Office Garage series focuses on understanding and deploying the New Office, and it will delve into helping IT pros understand what’s changed and what hasn’t. It will also include a virtual roundtable, on April 3, in which I’ll be participating. Stay tuned for more info on that bit.

In the meantime, enjoy the show promo video, which features the Office Garage hosts, Microsoft’s Jeremy Chapman and Microsoft MVP Yoni Kirsh, and provides a glimpse at the types of things you’ll be seeing as the series moves forward. Suffice to say there are some fun things planned in addition to the educational content.

You can learn more at the Garage Series for IT Pros web site. And yes. There is a garage.