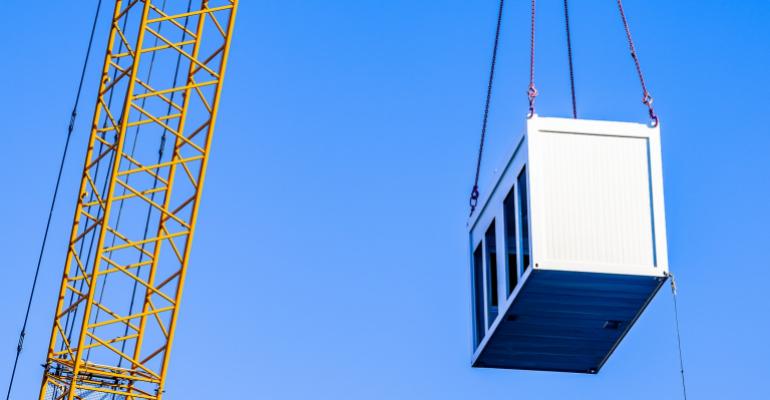 Seagate this week introduced a modular data storage system designed to physically move data easily and quickly between an enterprise, the cloud and edge devices.

The modularity of the data storage system is what makes it so versatile, said Greg Schulz, senior advisory analyst at StorageIO. Schulz compared it to a Lego kit. "You've got different shapes and types of bricks that you can now stitch together and integrate in whatever way you need," he said.

There are many industries and use cases for this type of modular storage technology. Media and entertainment organizations, for example, generate huge amounts of raw bits in the field, with no standard way to bring that data safely home to production houses, noted Steve McDowell, senior analyst for storage and data center strategies at Moor Insights & Strategy.

"Video production today builds complicated workflows based on physical media and overnight delivery," he said. "This doesn't change that fact, but would certainly make it more efficient and safe."

The modular data storage system also makes sense in areas such as oil & gas, where drilling or seismic data can be overwhelmingly large, as well as autonomous vehicle research, law enforcement, construction, aviation or drones with missions that include aerial video imaging, surveying and photography.

Security is another area. For example, many buildings and businesses rely on surveillance cameras, which generate a lot of data that must be transported back to a central office.

"All of this data that's being generated at the edge outside of traditional data centers needs a way to be moved from one location to another, and in some cases, networks aren't fast enough," Schulz said.

And don't forget about the biggest, if most mundane, use case of all: the enterprise.

"A lot of organizations need to protect a lot of data in large volumes, whether it's getting that data to the cloud or to their archives, and they don't want to ship tapes, regular SSDs or hard drives anymore," Schulz said. "They want that ability to plug something in and modularize it."

So, will it take off? Schulz says yes, not only because Seagate is a big name, but because the time is right.

"Vendors like Imation had this idea more than a decade ago, but they may have been ahead of their time. This may be the right time. Let's see how long it will take for Google, Microsoft and AWS [Amazon Web Services] to accept drives in this media form factor," he said.

While the Lyve Drive concept has real merit, it's important to evaluate whether it makes sense for your organization, McDowell warned.

"Enterprises looking at these sorts of solutions need to be very careful to balance the business needs against what appears to be a proprietary solution," he said. "There will be an upfront cost, along with some period of vendor lock-in for IT shops that buy into the technology. Any evaluation needs to be viewed through that lens."