Microsoft Ignite
brought to you by 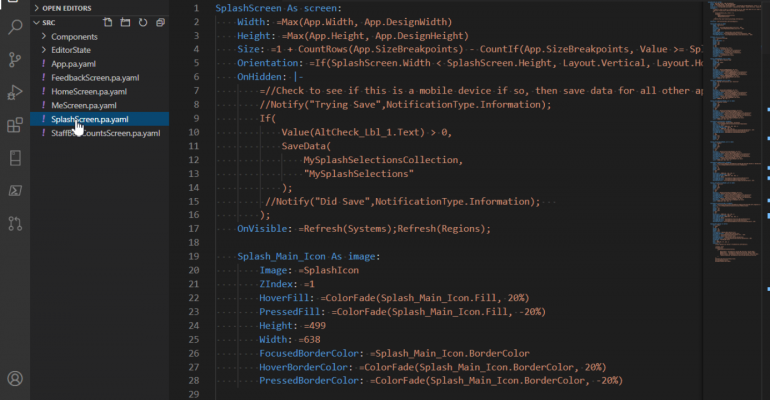 At Microsoft Ignite 2021, the Redmond company took the low-code aspect of their platform to the next stage with the announcement of the Microsoft Power Fx programming language.

Last year when we profiled the low-code/no-code offerings from Microsoft, Amazon, and Google, it seemed that Microsoft’s service, based on their Power Platform, was one of the most robust. It has a broad range of capabilities to enable citizen developers to build out viable solutions that will increase the productivity of their business workflow.

The no-code/low-code trend has really become a mainstay over the last year during the COVID-19 pandemic. The idea is to drive development of apps and automation down to the employee level because they have intimate knowledge of their business processes.

Anyone who has used Microsoft Excel and is familiar with the format of formulas to build out data displays and content will find Microsoft Power Fx easy to adapt to because it is based on that Microsoft Excel formula language.

Microsoft’s Ryan Cunningham, who manages the program for Power Apps, shared what he called three exciting reasons about the availability of Microsoft Power Fx.

Cunningham stated that a low-code language is necessary because point-and-click platforms do well to establish quick workflow improvements with the Power Platform but there are many times when an extra layer of programming is necessary to further refine these solutions.

Because of its roots in Microsoft Excel, citizen developers who have familiarity with its formulaic syntax will easily transition to using that logical grammar in their Power Platform apps to make them even more effective solutions.