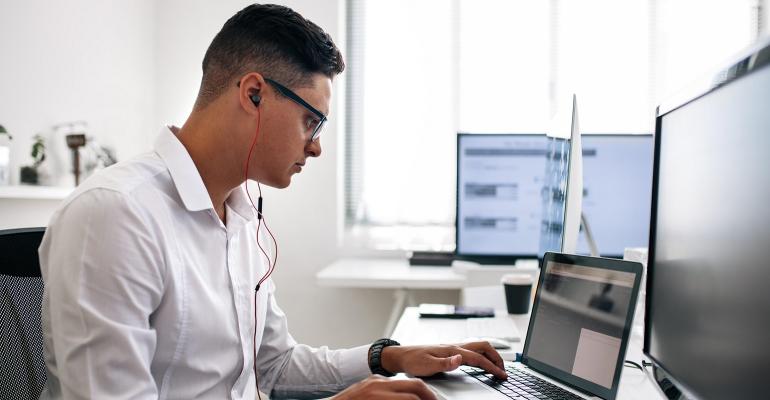 Low-code developers are happier with their salaries and benefits and have a better work-life balance than traditional developers, a new report finds.

Low-code developers are more productive and more satisfied with their projects than traditional developers, which leads to more rapid promotion and fewer hours on the job, according to a global survey of more than 860 developers.

The OutSystems report, Developer Engagement Report: Are Your Developers Happy or Halfway Out The Door?, revealed the benefits of low-code environments:

"We found that developers who use low-code tools as part of their workflows have higher job satisfaction, work fewer hours each week, and show greater satisfaction with their teams' productivity and communication," he explained.

The data shows most low-code developers use traditional development methods in tandem with low-code tools, which brings flexibility and speed that augments the productivity of all developers, Athaide said.

"With higher productivity and better communication, developers who use low code may also more likely maintain a healthy work-life balance, which is key to developer happiness," he said.

"Developers who use low-code tools as part of their workflows have higher job satisfaction, work fewer hours each week, and show greater satisfaction with their teams' productivity and communication."

The report also revealed that while nearly two-thirds (64%) of developers surveyed said they love what they do, less than half (48%) said they "definitely plan" to be with their current employer in one year — and that percentage falls to 29% when looking two years out.

Athaide found it particularly surprising that, while most developers are passionate about the work that they do, many don't see long-term potential at their current employers.

"This means that organizations must look past typical perks like financial compensation or fun perks to keep employees engaged," he said. "The data gave us an inside look into how developers feel about their jobs and therefore has implications for developer retention that we weren't expecting."

To retain top developers, he said organizations need to recognize that good talent is looking for intentional attention to three key areas:

"The most influential way to maintain talent is to take note of staffing and workload," Athaide explained.

The data found that despite having smaller teams, low-code developers on average are more satisfied with their teams than traditional developers, and most (71%) reported being able to stick to a 40-hour workweek.

On the flip side, advancement, benefits, and salary are also very important for developers looking for opportunities.

The survey found that 46% of low-code developers are very satisfied with job opportunities, compared with 40% of traditional developers.

Once hired, 63% of low-code developers said they were very satisfied with their salary and benefits, compared with traditional developers, at 40%.

"As organizations consider these findings, it would greatly benefit their teams to consider low-code solutions," Athaide said. "The survey indicates these empower team agility, productivity, and stability, all while contributing to workplace culture."

Expect Use of Low Code to Continue to Grow

Amid a growing developer talent shortage, the industry is seeing an increase in low-code usage, he said.

Athaide pointed to a Gartner study predicting that by 2025, 70% of new applications developed by enterprises will use low-code or no-code technologies.

OutSystems' Cloud-Native Development report, published earlier this year, found that while 72% of respondents expect that most of their apps will be created using cloud-native development by 2023, only 47% of them know a lot about it.

"With the anticipated increase in the use cloud-native development, IT leaders are acknowledging the need to make plans to expand their adoption of low-code platforms as they build for the cloud," Athaide said.