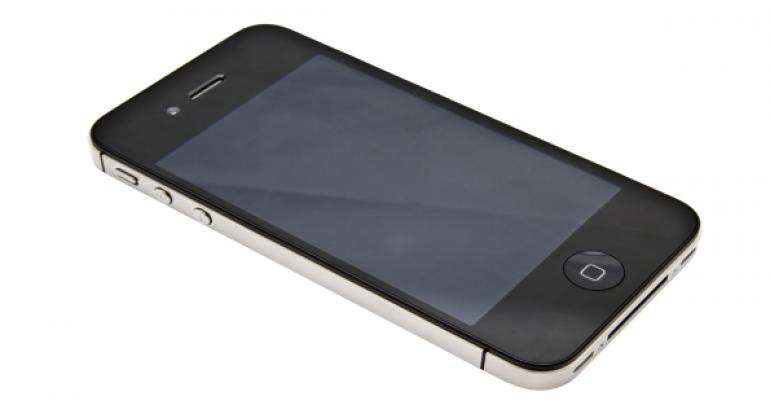 Working with Images and Animation on the iPhone and iPad with .NET and C#: Part 2

This article resumes where we left off in "Working with Images and Animation on the iPhone and iPad with .NET and C#: Part 1," which looked at multimedia app development on the iPhone and iPad, including how to display simple images, take pictures with the device's camera, and perform some simple animation with the images. In this article, part 2, we'll look at how to perform more complicated animation using the NSTimer and UIView classes, how to display and record video, and how to edit the video.

The first thing that we will do is create these items:

Along with these controls, we need to create outlets for them.

We'll perform various setup operations, such as setting up the slider values and how to handle the changes to the slider.

We will create an NSTimer. One of the things to note about the NSTimer is that it performs the same type of operation as the Timer classes that we are used to in .NET. However, NSTimer has some differences to be aware of. Here are the two biggest differences:

When our view is no longer visible to the user, in the ViewDidDisappear method, we are quitting the timer. By doing this, we are being a good citizen on the device and are no longer performing operations that the user can't see anyway.

Once this view is loaded, the golf ball begins bouncing around the screen.

In our NSTimer example, as the slider goes to the right and the animation slows down, did you notice how the animation is a little bit jerky? We'd like to code a way to clean that up so that the golf ball moves a little more smoothly around the screen. This can be accomplished via the static .Animate() method on the UIView, as shown in the code in Figure 2. In this situation, we do nearly the exact same thing as the previous example. The biggest difference is that instead of directly moving the image, we will allow the .Animate() method to perform this action. The result is a very smooth animation effect at specified update intervals of the NSTimer.

Who doesn't like video? Video tells a great story. But to add video to an iOS app, there are several issues that we need to understand:

Here are the steps to play back video from an Internet source; Figure 3 shows the code to do this.

The video captured in the screenshot in Figure 4 is the result of running the code in Figure 3. (I hope that the speakers on your iPhone/iPad have been turned down.)

I bet that you are now thinking, "OK, Wally, but about this notification thingy, how do I find out more about that? What are the possible notifications that I might get?" That's a fair question. To find the answer, I dug into Apple's developer site and found the notifications listed below. (Since we don't have IntelliSense support for these notifications because of their text format, I thought it would be a good idea to list them here.)

iOS has had the ability to record video since version 3. Recording video is simple and is based on the UIImagePickerController (yes, even though it says "Image" in the name). Following are the basic steps to record video; Figure 5 shows the accompanying code.

Now that we've recorded our video, let's look at our delegate, which will handle the callbacks from the camera. In this instance, as shown in Figure 6, we have inherited from the UIImagePickerControllerDelegate. With this object, we have overridden the Canceled and FinishedPickingMedia methods so that we can act when a user either cancels or selects a media file.

A word of warning with the FinishedPickingMedia method: I used this method to place the media within the gallery of media in our device. I found it to be a little problematic to get the actual path for the selected file. One would think that calling info[key] would give us the appropriate path; however, it did not. I had to use ((NSUrl)info.ObjectForKey(…….)).Path to get the appropriate path to the file. Once I did this, I was able to save the file to the photo album appropriately. Many thanks to Martin Bowling for pointing out this tip to me.

Within a phone, we have the ability to edit video. Now, realistically, the phone is not going to provide a great experience for editing video. However, iOS includes support for some basic editing, using the UIVideoEditorController object. This object manages a system-supplied UI for removing the video frames from the beginning and ending of a previously recorded movie. In addition, the UIVideoEditorController object can be used to re-encode a movie to a lower quality.

In the sequence of events for our video-editing example, the first step is to create a UIImagePickerController for movies. In this case, we need to send an array of media types that we would like to display. Specifically, we will need to send the "pubic.movie" media type, as shown in the following code snippet:

Figure 7 shows the result of creating the UIImagePickerController.

The next step is to process the FinishedPickingMedia method. The key sticking point is getting the path of the video to edit, which is the next step. The confusing thing that I did was to get the URI of the movie. The key is to get the NSObject, convert that into an NSUrl, and then return the .Path property of the movie file.

Figure 9 shows a screenshot of editing a short video I took when I woke up my family's cat Wells, and he decided to yawn right after I started recording (his timing was purrrfect).

You may be thinking, this is great, but I have an older iPhone 3GS that only has one camera -- how is this going to work for me? How can I support these older devices? How can I test to make sure that the device supports a feature we want to use instead of putting logic in our application that checks based on the device?

Fortunately, we can perform feature detection in iOS to determine whether a device has a camera. To do this, we use the following code:

This concludes my two-part tutorial on displaying and creating pictures and video in iOS. In these articles, I've demonstrated how you can start working with images and animation in iOS apps using the MonoTouch C# development platform. The iPhone and iPad offer plenty of opportunity for developers to take advantage of multimedia in their apps, and with MonoTouch, .NET C# developers have an easier path into iOS app development.

Wallace B. "Wally" McClure is an ASPInsider, member of the national INETA Speakers Bureau, author of seven programming books, and a partner in Scalable Development.

Chris Hardy wrote the Multimedia Chapter in our book, Professional iPhone Programming with MonoTouch and .NET/C# (Wrox). He has been a great friend and resource over the years.

Martin Bowling was helpful regarding a few of the finer points of the UIImagePickerController.

Two additional books, by Mike Bluestein and Bryan Costanich, respectively, are also worthwhile MonoTouch references. There is no competition amongst authors in my mind (we're fighting over too few peanuts). Mike and Bryan have been great friends and resources over the past few years as I have jumped head first into the iPhone and Android.

More information on topics discussed in this article: