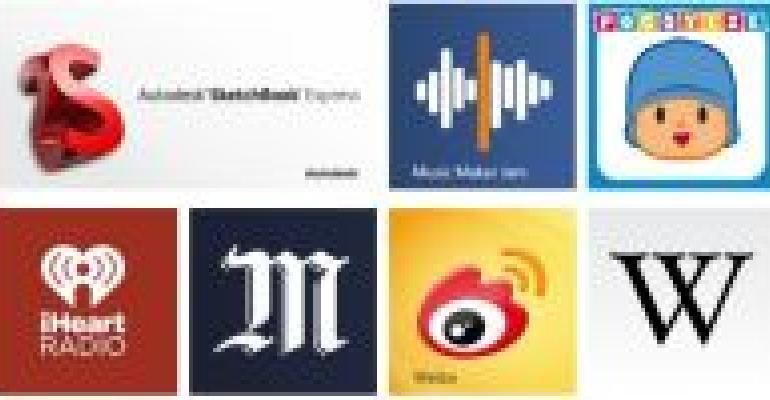 Microsoft Windows 8: What it Means for .NET and Silverlight Developers

Michael K. Campbell gives his thoughts on what Windows 8 will mean for developers

Ironically, the purpose of BUILD was to assure developers that Microsoft still has their back. Or, stated differently: BUILD was all about letting developers know that years of specialization in Microsoft technologies hasn’t been in vain.

Typically, however, when Microsoft wants to reassure developers, it does so with a bizarre mix of adrenaline-laden music and demos that showcase how even secretaries with absolutely no technical background can create Windows applications with the new tools and platforms coming out of Redmond.

And although BUILD was lighter on the music, there were still a lot of ‘whizz-bang’ and ‘wow’ demos that made Windows 8 look very compelling. This strangely didn’t do enough to answer a lot of the questions that many developers had prior to BUILD in terms of which skill sets would continue to be viable.

Perhaps that’s just because Microsoft was so excited to show off such an innovative new approach to Windows, or maybe it’s because the company didn’t anticipate that so many developers would really wonder if their skills in various technologies had suddenly been rendered useless.

The result was that although Windows 8 looks fantastic, a lot of developers still don’t know exactly what it will mean for their skill sets.

A Tale of Two Shells

Once upon a time, Microsoft made the bold move of announcing Windows 1.0. Compared to DOS it was a bold move—designed to make interactions with desktops much simpler and more modern than working through clunky DOS commands.

Rather than burn bridges with its new foray into GUI-based computing, Microsoft made a brilliant business move by letting their Windows-based GUI run right alongside DOS. This sparked a wide-open ecosystem for developers to start creating GUI-based applications and solutions while ensuring that end-users and developers accustomed to DOS would be able to function as full-fledged citizens in this brave new world. Come to think of it, even at the time of Windows 95 some of my favorite games on Windows were still DOS-based.

Effectively, Microsoft has done the same thing with Windows 8, where Metro is a sleek new UI that will let Microsoft extend its reach across disparate devices while still ensuring that Windows remains a more-or-less full-fledged citizen of this bold-new Metro-centric world that it’s hoping to create.

It sounds like we can have our cake and eat it, too, and I personally think that will be the case. But that doesn’t mean that there won’t be some compromises, limitations, or paradigm shifts. For example, the worry that many Silverlight developers have about not having support for Silverlight in Windows 8 is partially true. As Microsoft’s regional director, Scott Cate, points out so succinctly in a simple screen cast, Internet Explorer 10 in Metro doesn’t support any form of plug-in by design. But, as Telerik’s executive vice president Doug Seven points out, that doesn’t mean that developers with Silverlight skills should worry, because Silverlight will continue to be fully supported in desktop mode, and developers who have paid the price to understand Windows Presentation Foundation (WPF) will be richly rewarded with the ability to create native Metro apps using their WPF skills.

So, the short story is that Windows 8 will support two different ‘shells’ or flavors of Windows. One is designed to ensure backward compatibility with the Windows OS that currently runs our apps. The other is designed to launch into a new era of Windows computing that addresses a lot of the design flaws and baggage we’ve been carrying around for years.

Why Windows 8 (Metro) Is So Compelling

Above and beyond the fact that Metro gives Microsoft a way to begin addressing long-standing problems with Windows, I think another powerful aspect of Metro and Windows 8 will be that it is better geared toward consumers.

For the past few years, when people have asked me (as their neighborhood tech guy) what kind of computer they should buy, I’ve told most of them to buy a Mac, simply because most home users don’t need the power of a full-blown PC. Instead, they typically just need an appliance that lets them check email, track finances, browse the web, and manage pictures and videos.

Microsoft would obviously be dumb to ignore this segment of the market (especially because I’m convinced that it’s the lack of complexity that makes the iPad so compelling). Although Microsoft does cater to businesses by virtue of just how insanely versatile and powerful the modern Windows-based PC is, much of Microsoft’s empire is based upon a steady cash-flow from home users who have been able to take advantage of PCs to perform appliance tasks on their computers for years now. However for these users, the presence of the same versatility and power that makes a Windows-based PC such a stalwart in the business world only causes headaches and confusion.

I’m quite hopeful that Windows 8 or Metro will provide a much more appliance-like interaction with Windows for most end users. Right out of the gate Metro certainly seems geared toward end users instead of enterprises and businesses. I’m optimistic that as Windows 8 matures it will facilitate the side-by-side reboot or reinvention of Windows, and will let us gradually transition to a new and better way of seamlessly interacting with basic computing features while retaining the power and versatility that developers have come to depend on in order to meet development needs.